Making space for the arts – The Rolls Building | News

Obiter recalls that when Civilisation author Kenneth Clark found himself superintending a National Gallery emptied of its art during World War II (the paintings removed to safe storage), he welcomed in pianist Myra Hess for a celebrated series of free concerts. Servicemen who’d popped in were known to walk up the Strand whistling her signature encore ‘Jesu Joy of Man’s Desiring’ (Bach’s Chorale from Cantata No 147).

An obvious lesson is that even in times of national crisis, space should never be wasted and that everyone gains when the arts have a shot at filling it.

Obiter was, then, thrilled to learn that the walls of Commercial Court home the Rolls Building have been doing their bit, hosting works by members of the Law Society Art Group. (Readers may recall that art group members contributed several works a week to the Gazette daily newsletter during the first lockdown.)

First a little history. Art group chair Pey Kan Su read about the Rolls Building Art and Education Trust (RBAET) in a 2018 Gazette article by its chair Sir Geoffrey Bond, and pre-pandemic approached the trust with the idea of an exhibition.

To his delight RBAET, whose trustees include the current chancellor of the High Court Sir Julian Flaux, agreed. ‘The Rolls Building,’ Pey Kan tells Obiter, ‘a public space with large windows which fill the common areas with natural light, is ideal for display of artworks.’

The result is a 25 work exhibition on the second floor of the Rolls Building, showing till 27 November, and open to the public during court opening times. Works selected include ‘Organised Chaos’, ‘Departing’, ‘Winter Song’, ‘Immortality Achieved’ and ‘City-Figure-The Professionals’. 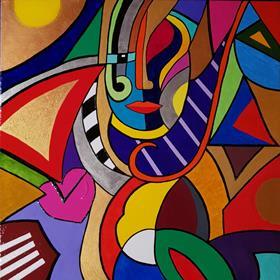 The chancellor was invited to choose two works as winners of the art group’s Radcliffe Chambers prize. Sir Julian chose ‘Art Student’ by Errol Neill – which he described as ‘striking and has a sense of  immediacy’ – and city station and train painting ‘Departing’ by Clive Sayer – which he liked for its ability ‘conveying an impression of speed and movement’. 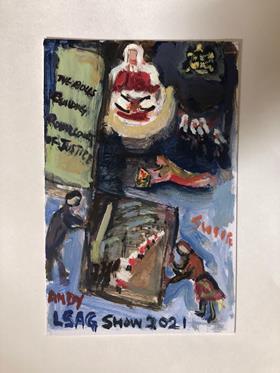 Sound choices, Obiter thinks, though for the sheer joy in colour readers will likely appreciate another work, the bright acrylic painting ‘I see you’ by Neeta Halai. ‘Boat under sail and a hull’, an etching by Michael Flint, is the next best thing to scoring that currently hard to book seaside holiday.

The show is very well installed by Andy and Susie Clark, a husband and wife team of curators hired by the Rolls Building, whose efforts earned them a painted ‘thank you’ card from Pey Kan.

If you have found space to support creativity and the arts, Obiter would like to hear from you. Email the Gazette’s features editor eduardo.reyes@lawsociety.org.uk.

This Article firstly Publish on www.lawgazette.co.uk

Trump launches space to post his comments | The Canberra Times

ESA and EU celebrate a fresh start for space in Europe

Spire Global, Inc., a Leading Global Provider of Space-Based Data and Analytics, to Go Public Through a Merger with NavSight Holdings, Inc.