Branson and Bezos, why the new space race is about more than billionaires

On Sunday July 11, about 9.27am Mountain Time, the billionaire Richard Branson entered space for the first time when his Virgin Galactic company completed the first fully crewed flight of its SpaceShipTwo space plane, Unity.

It’s taken Branson a long time to get there — Virgin Galactic was founded in 2004 — and he still only beat his great rival, former Amazon CEO, Jeff Bezos, by just over a week. Bezos flies into space himself in his own space company, Blue Origin’s, New Shepard rocket on July 20. Oh, and in case you were wondering where the other highly visible space entrepreneur was, Elon Musk is a mate of Branson’s and was in New Mexico for the Unity 22 mission.

There’s a lot to unpack here, so lets start by removing Musk from the picture — no easy task in itself. Musk has just unveiled a third new autonomous drone ship that his Space X organisation uses for landing rocket stages in the middle of the Atlantic and called it, with a certain amount of tongue in cheek, ‘A Shortfall of Gravitas’.

(The other two are called ‘Just Read the Instructions’ and ‘Of Course I Still Love You’, ship names which anyone who knows the works of the late great author Iain M Banks will appreciate.)

Space X itself, is, of course, not lacking in any form of gravitas, and is the leading light in a growing list of private companies exploring the territory beyond the gravity well that was once the sole preserve of nation states. Its development of reusable rockets has been genuinely pioneering, and it is an increasingly important contractor in lifting all manner of payloads into space.

It’s tended to do this in the full glare of publicity too. Love him or loathe him, Musk knows the value of showmanship and the slickly produced drone footage of his rockets taking off and landing on columns of flame has become one of the defining images of modern spaceflight. When he launched his own Tesla Roadster first into space on the inaugural Falcon Heavy test flight and then inserted it into a heliocentric orbit that would take it across the orbit of Mars, he festooned it with cameras and it became YouTube’s second biggest live stream ever.

Space X was also the first private company to send humans into orbit in May 2020. Musk though has so far not signed up for a ride, leaving the door open for the race between Branson and Bezos (indeed, even though Space X is scheduled for a ‘private astronaut’ mission in September, Inspiration4, Musk has actually bought a ticket for the Branson service). 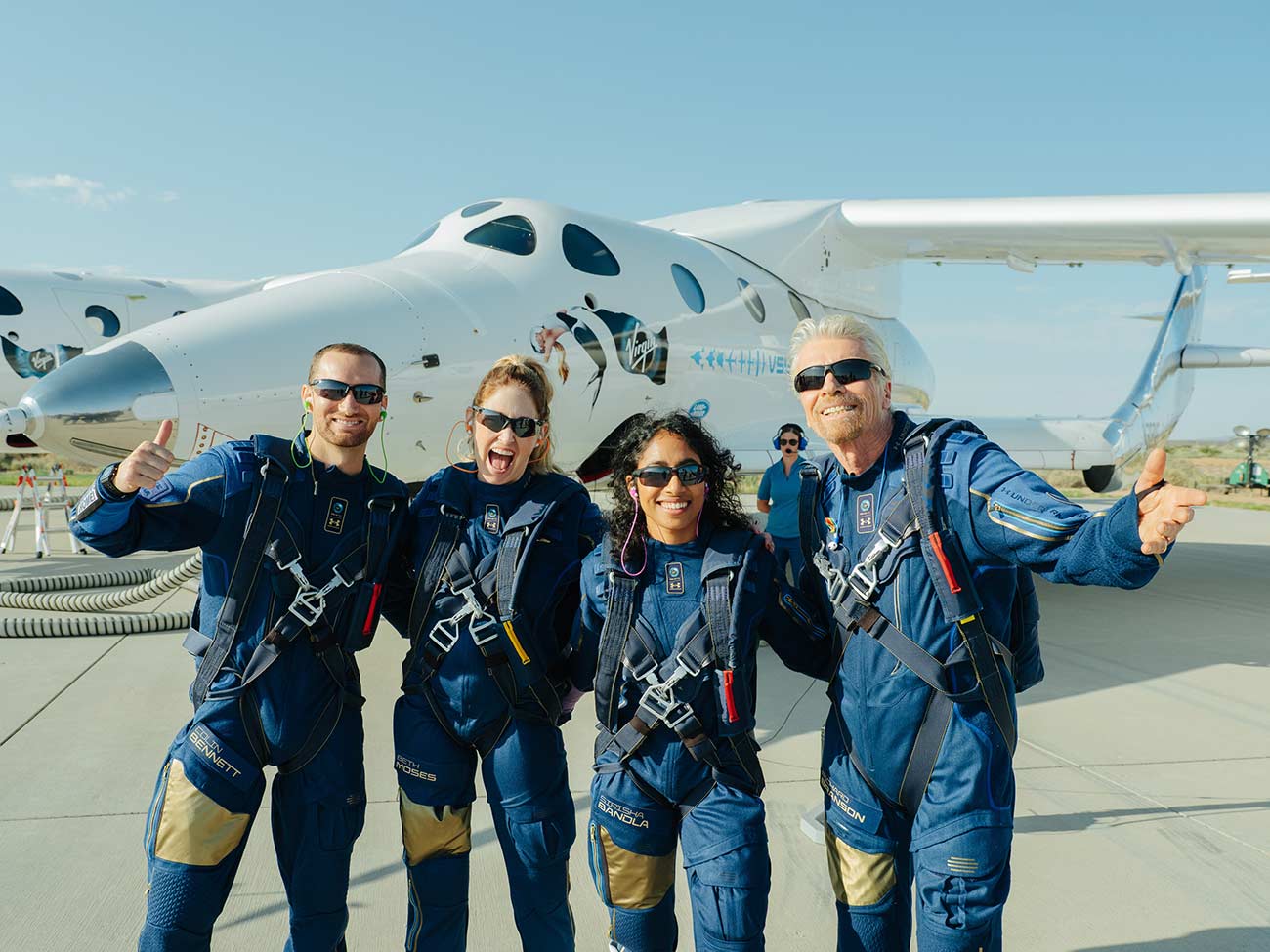 It’s worth noting that Blue Origin and Virgin Galactic are very different companies. Bezos’ outfit is far more interested in the same reusable vehicle market that Space X is busy cornering for itself. That said, the New Shepard rocket, named after Alan Shepard, one of NASA’s original Mercury 7 astronauts, is designed as a suborbital launch vehicle for space tourism, which is the market that Virgin Galactic has so far cornered (and, incidentally, so far sold over 600 seats at $250,000 a pop). Virgin, meanwhile, has spun out another company, Virgin Orbit, which has recently delivered its first commercial payload into space (small satellites destined for Low Earth Orbit).

These different focuses have resulted in very different vehicles. Blue Origin is about reusable rockets to launch things into space, Virgin Galactic is about passenger transport using suborbital spacecraft air-launched from a carrier airplane. Branson has even talked about developing some of this technology into a point to point passenger service using a vehicle capable of Mach 3.

The point is that this is not just about billionaire willy waving, there are commercial interests at play here too. Branson might have become the first civilian to be independently launched into space, but that also serves as a valuable marketing tool and a huge vote of confidence in the technology’s safety (especially important for Virgin Galactic following the fatal crash of one of its craft in 2014). With $125 million in pre-orders already, Sunday’s flight is only going to drive those numbers up. 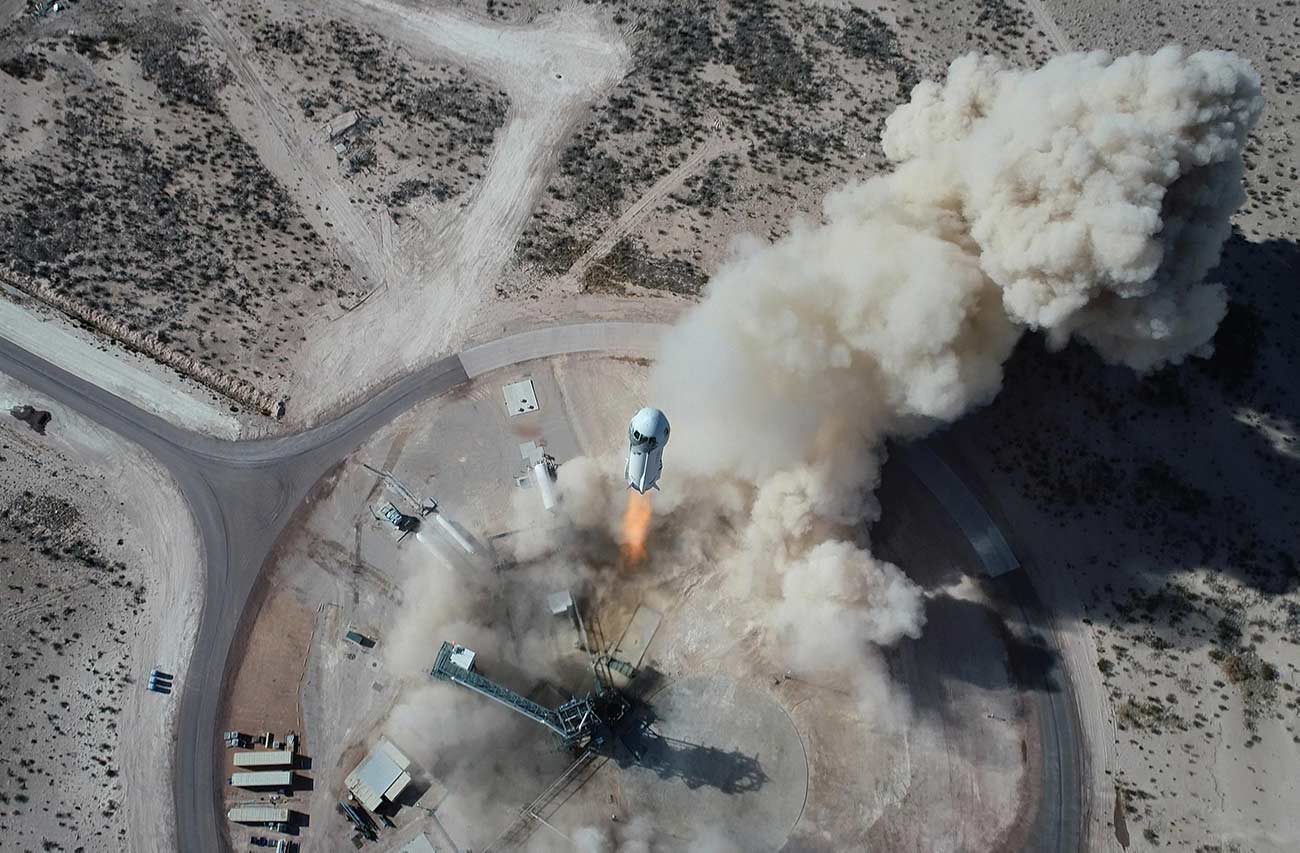 Branson has, of course, lived much of his commercial life in front of the cameras and Sunday’s launch was as high-profile a broadcast as you would expect. Anchored by Stephen Colbert, it spat out slick video after slick video on social media channels, featured the launch of a new single from Khalid, ‘New Normal’, and contained a vast amount of live video footage including long lens, stabilised shots of Unity as it crossed the boundary to space, hull-mounted POV shots, and more.

The only disappointment was the lack of live feed from the craft itself as it was in space. A couple of seconds of pixellated limbs waving about was all that the feed could manage before it cut out. Perhaps given the consequences that micro-gravity can have on people’s stomachs that was no bad thing, but expect a lot more video to come from such jaunts. The full commercial service promises around six continuous minutes of microgravity when it launches next year, a considerable improvement on the 15x 30 second parabolic arcs generated by services such as Zero Gravity’s G-FORCE ONE. Watch for big budget productions to start to take advantage of that for filming, providing the insurance cooperates.

The big question that has emerged since the successful Virgin Galactic flight though is whether Branson actually made it into space or not.  Here’s an entertainingly shady tweet from Blue Origin — which most reckon means the desk of Bezos himself — filed a couple of days before the launch.

“From the beginning, New Shepard was designed to fly above the Kármán line so none of our astronauts have an asterisk next to their name. For 96% of the world’s population, space begins 100 km up at the internationally recognized Kármán line.”

There are, somewhat inevitably, different definitions of where space begins. The US Air Force started giving out astronaut wings to test pilots who flew over 80km high (50 miles) in the 1950s. So, in the US, space begins 50 miles up. Internationally the Kármán line holds sway, named after one of JPL’s founders, the Hungarian aerospace pioneer Theodore von Kármán, and that is pegged at 100km (62 miles).

The truth is actually rather more complex than that , but suffice to say for now that the consensus of opinion is that 100km is probably too high, Kármán never published, it was rather an arbitrarily assigned figure anyway, and the true boundary is probably much closer to the USAF’s 80km figure. 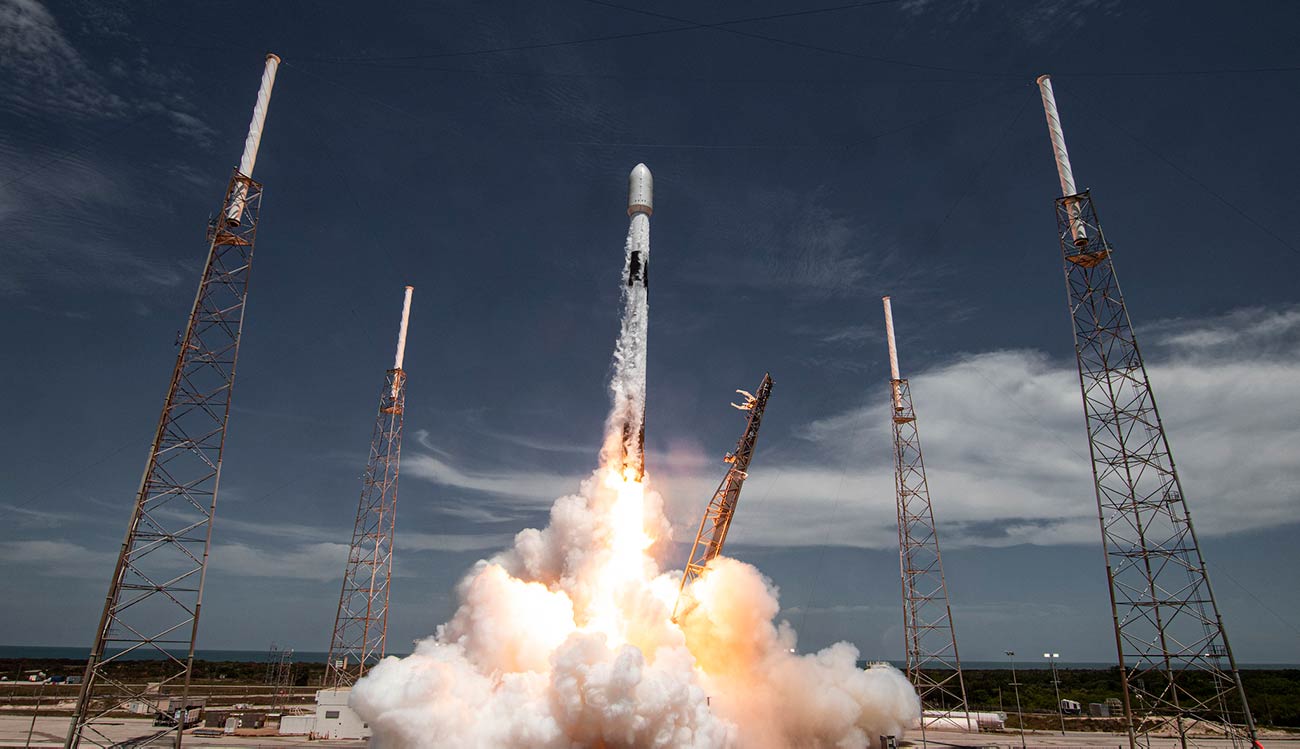 It’s actually not about the billionaires

Branson brought his own scheduled launch forward several months just to beat Bezos into orbit and there is undoubtedly history between them. But this is an inflection point that is genuinely about more than a pissing contest between two obscenely rich men (and one obscenely rich observer). That is the sideshow, the main event is that 2021 marks the point where everything changes; where we move from the past where nation states and their military controlled space to one where the majority of people heading up the gravity well are on privately funded missions.

Many of them will just scrape the bottom of space, paying $62,000 for every minute of microgravity they experience (at least via Virgin Galactic), so it’s hardly democratising space for the masses. You still have to be rich to get there. Equally the history of private enterprise in this sort of enterprise is hardly an egalitarian one.

However, it is a start. Musk talks about colonising Mars, Bezos about lifting heavy industry off Earth for environmental reasons (“There is no Plan B,” he has said, which is not a new sentiment but perhaps a surprising one to hear from him). Both see technology as the solution to the problems besetting the planet and that lowering the cost per kilo of lifting materials up and out of it as a crucial part of that equation.

Time will tell if they are right.

“Welcome, to the dawn of the new space age,” said Branson as he stepped off the stage following the successful landing of Unity 22. But the feeling is that the fact that Branson beat Bezos into space by nine days is not something that will trouble too many chapters of future history books. It might be the individual efforts that are celebrated in the immediate aftermath, but it is the long term collective efforts that will really help change the future…The question now is how many of the rest of us will follow where the billionaires lead.


This Article firstly Publish on www.redsharknews.com

Jeff Bezos’ space flight: Here’s everything you need to know

Jeff Bezos' space flight: Here's everything you need to know

In this new world of space tourism and private launches, who is an astronaut?- Technology News, Firstpost

International Space Station: How to view as it flies over east coast of Australia

Mystery of space rocket seen being driven through Accrington explained

Space for victims created at N&N