Japan researchers’ gene preservation in space could be “Noah’s Ark”

A Japanese team of researchers has succeeded in the reproduction of mice using freeze-dried sperm preserved in space for nearly six years, developing what could be a “Noah’s Ark” technology to save plants and animals from extinction in the future.

The study published last month in the Science Advances journal said a total of 168 mice were born in 2019 and 2020 after the sperm was brought back from the International Space Station despite exposure to space radiation. 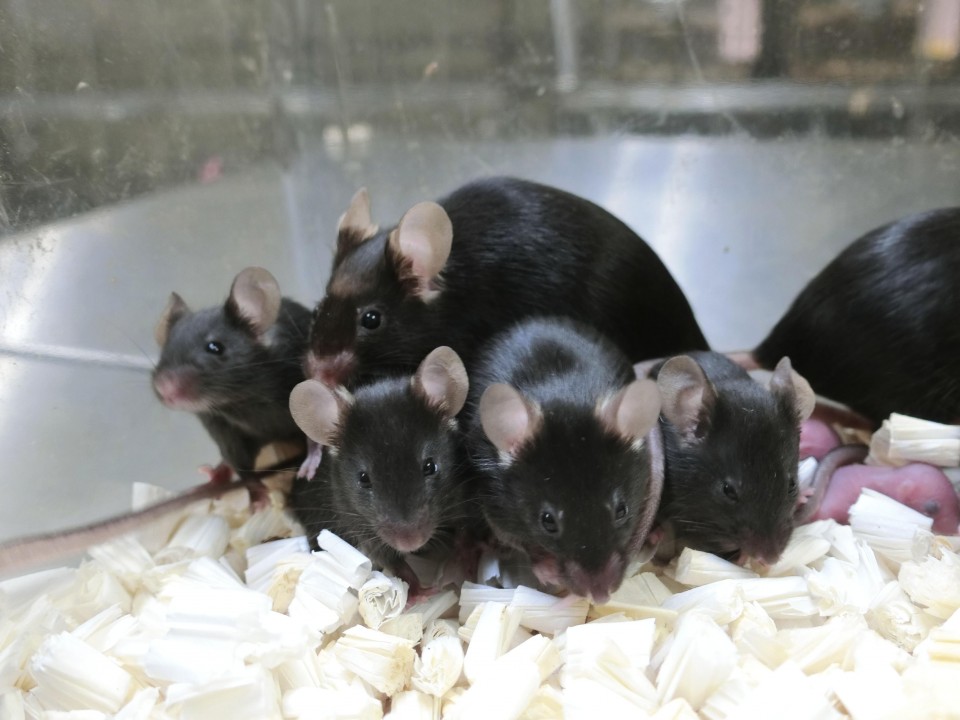 Photo shows a mouse born from freeze-dried sperm preserved on the International Space Station for five years and 10 months, and its offspring. (Photo courtesy of University of Yamanashi)(Kyodo)

The preservation period of five years and 10 months is the world’s “longest duration that samples have been preserved in the ISS in biological research,” the study said.

The experiment was conducted by a team including researchers from the Japan Aerospace Exploration Agency and University of Yamanashi.

The freeze-drying technique, developed by Teruhiko Wakayama, a professor at the University of Yamanashi, allowed the sperm to be preserved at room temperature for more than one year. It also meant there was no need to install a freezer on the rocket launched to the ISS.

The technique is also expected to be adopted in modern reproductive medicine and livestock breeding.

In the experiment, researchers collected sperm from 12 male mice and freeze-dried it. Half of the total samples were sent to the ISS in 2013, while the rest was preserved on the ground.

The first group of samples was brought back to Earth after nine months to confirm the experiment was going as planned. Two other groups of samples spent two years and nine months and five years and 10 months on the ISS, respectively.

Although the sperm that was returned from space was slightly affected by radiation, healthy mice were obtained with the same success rate as the control sample kept on Earth even after nearly six years of storage.

The next generation also showed no abnormalities, the study said.

The researchers concluded that freeze-dried sperm could be preserved on the ISS for over 200 years even without any protection from space radiation.

Freeze-dried sperm could be “the optimal material” to explore ways to maintain the diversity of genetic resources in the future, the study said.

Further research could also open the possibility of preserving genes to ensure the diversity of genetic resources in the event of the spread of unknown diseases or environmental changes such as global warming, it said.

FEATURE: JAXA to nix “science only” requirement in 1st recruitment in over decade

This Article firstly Publish on english.kyodonews.net

Space Jam — China and Russia team up to take the Moon

New Effort To Clean Up Space Junk Prepares To Launch

Could Edinburgh become the ‘space data capital’ of Europe?

What if space junk and climate change become the same problem?, Science News

Space launch from UK soil in ‘next few years’

Could the Next Space Station Be a Hotel?