Arab oil producers, alarmed by their economies’ dependence on a resource for which demand is set to fall, are focusing on space development in a new strategic turn aimed at both building up new industries for the future and raising national prestige.

Taking the lead is the United Arab Emirates, which has already begun an exploration of Mars and will launch a lunar probe next year. Technical experts in their 30s and younger, many of them women, are at the heart of the efforts, and collaboration has started with other Arab countries. 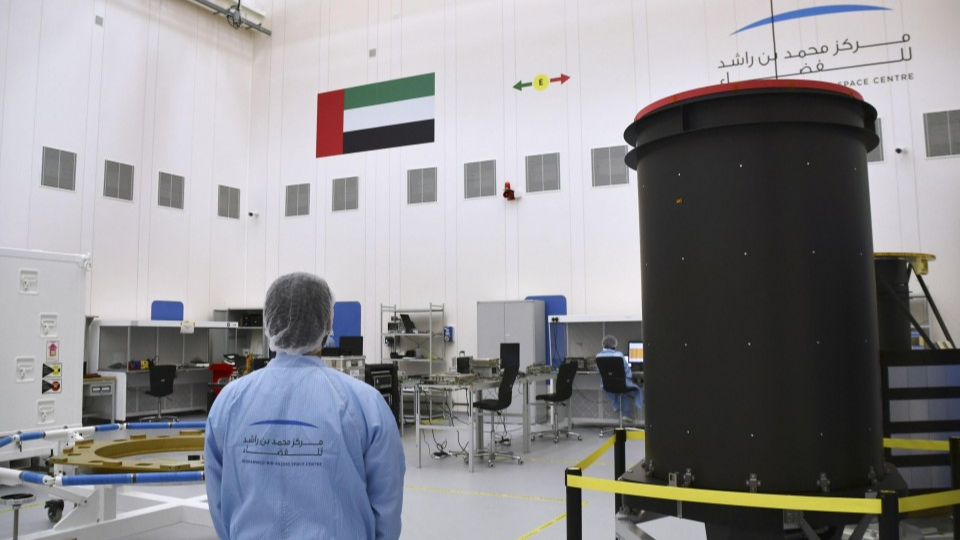 Photo taken in May 2021 shows a facility at the Mohammed bin Rashid Space Centre in Dubai, the United Arab Emirates. (Kyodo) ==Kyodo

The Gulf state has developed its economy on the back of abundant crude oil and gas resources, but Sarah Al Amiri, a computer engineer and the UAE’s first minister of state for advanced technology, warns that the end of the road for reliance on these resources is ahead.

“We completely understand that demand for oil will decline at a certain point in the future,” she said in a recent interview with Kyodo News. The 34-year-old emphasized that fostering the science and technology industries through space development will be “the fuel” for a sustainable economy into the future.

The Mohammed bin Rashid Space Centre is located in a desert region around 20 minutes by car from the bustling economic hub of Dubai. It manages the “Hope” orbiter, which entered Mars’ orbit in February as the first Arab interplanetary probe.

According to Omran Sharaf, 36, the project manager of the UAE’s mission to Mars, the staff employed at the space center has an average age in their late 20s, with women comprising half of the leadership roles in each department. 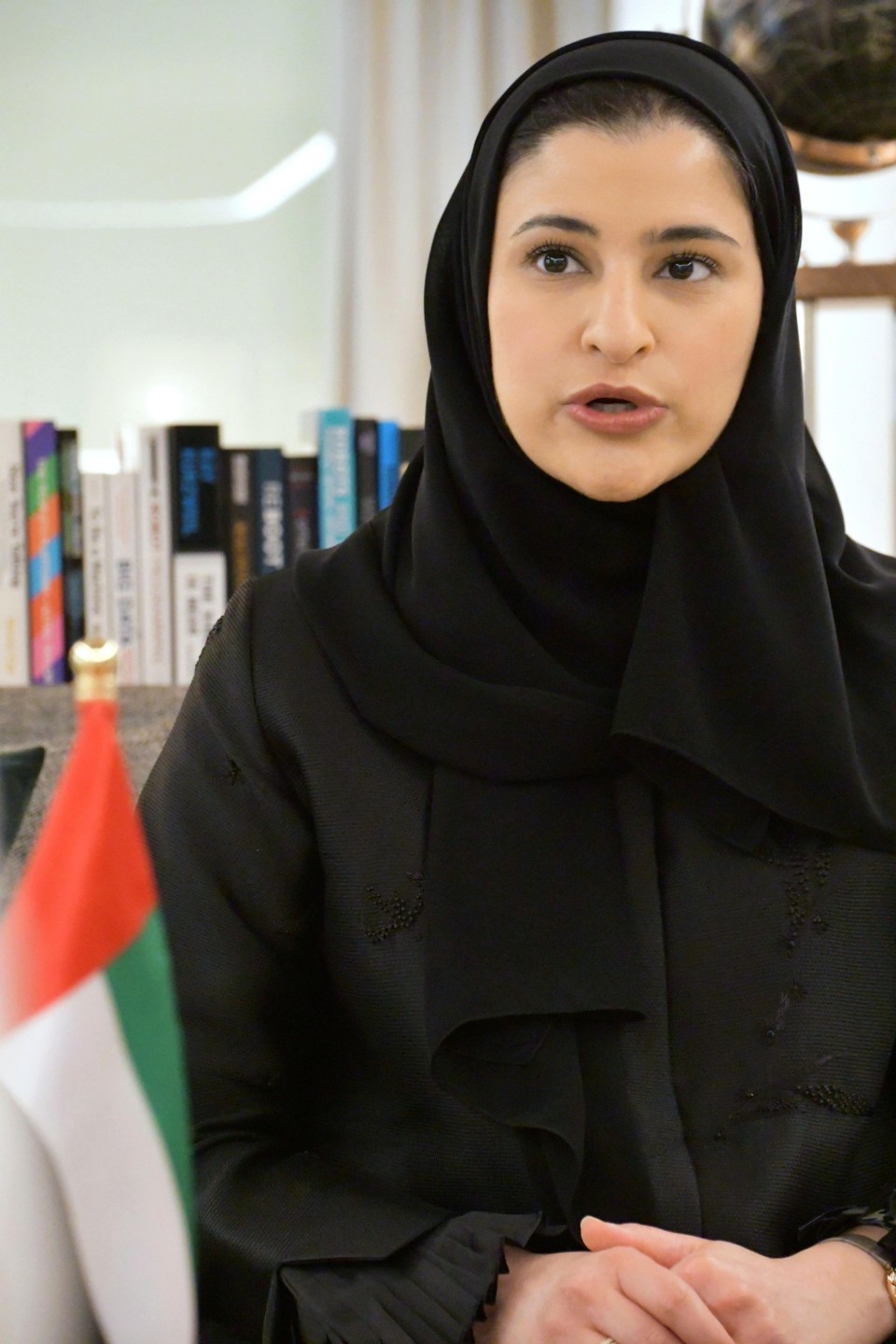 Sarah Al Amiri, the United Arab Emirates’ minister of state for advanced technology, gives an interview in Dubai, as seen in this photo taken in April 2021. (Kyodo) ==Kyodo

The UAE, which had little experience in space development until the Hope mission, has positioned Mars exploration as a national project as it celebrates the 50th anniversary this year of the country’s founding, proceeding with work at a rapid pace.

With cooperation from the United States and Japan, the UAE achieved the difficult mission of launching the Mars probe just six years after announcing the plan in 2014.

“There are much bigger strategic objectives for the mission beyond just exploring Mars. It’s critical for the future of our economy,” said Sharaf, adding that space development will be a big challenge for the future of the Middle East region as a whole.

Diversification of industries and job creation for young people are some of the issues that are facing Arabs as a whole. In what appears a clear attempt to break through a sense of being mired in economic stagnation, the UAE has set a bold goal of colonizing Mars in about a century.

Saudi Arabia, one of the world’s largest oil-producing countries, established a space agency in 2018.

Crown Prince Mohammed bin Salman views the space industry as a promising field that can contribute to the economy, with a substantial investment to be made as part of the growth strategy “Vision 2030,” which aims to eliminate dependence on oil by 2030.

The UAE launched a framework for space development cooperation with 10 other Arab countries such as Saudi Arabia and Bahrain in 2019 and is planning to launch a jointly manufactured artificial satellite within a few years. An Arab space bureau that transcends national boundaries is also rumored to be planned.

The UAE lunar rover is scheduled to be mounted on a lander by Japanese lunar exploration company ispace and transported to the moon next year.

“Japan has always been a partner for the UAE, especially if we talk about the oil and gas sector,” Al Amiri said, adding that she envisions the two governments working closely to build an even stronger relationship through space development into the future. 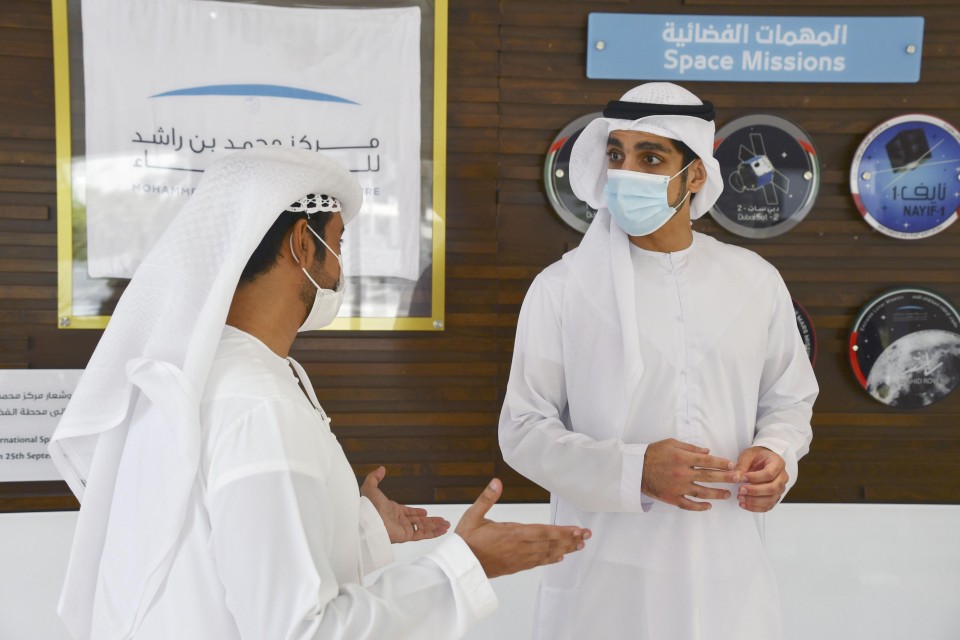 This Article firstly Publish on english.kyodonews.net

Europe Is Launching A Satellite Made of Plywood Into Space : NPR

Europe Is Launching A Satellite Made of Plywood Into Space : NPR

Tech Breakdown: A glimpse at life inside China’s space station

Why Companies Can’t Stop Top Execs From Blasting Off To Space : NPR

China Space station: The tech that sets it apart

First Movers in the Psychedelics Space Position Themselves as Industry Leaders