TUCSON, Ariz. , June 15, 2021 /PRNewswire/ — Phantom Space Corporation , the space transportation technology development and manufacturing company, today announced the hiring of Mark Lester . He will be fulfilling the role of Vice President of Launch Operations. This comes alongside the news of Phantom’s latest expansion: a new 32,000 square foot facility in Tucson, Arizona , that will serve as Phantom’s first rocket factory. 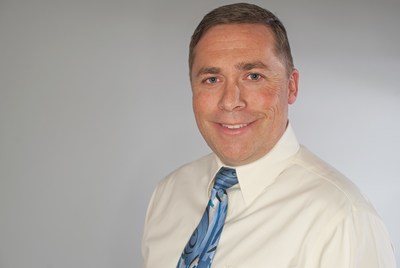 Previously, Lester was the CEO of Alaska Aerospace Corporation, where he provided comprehensive space launch capabilities, including operating the Pacific Spaceport Complex – Alaska (PSCA) on Kodiak Island, Alaska . Prior, he provided consulting services to aerospace and defense companies, and held several executive leadership roles at Doss Aviation, including CEO, COO and Vice President of Business Development. Lester also served as the Vice President for Business Development & Marketing at Modern Technology Solutions, Inc. (MTSI), and was a Principal at Booz Allen Hamilton in Business Development and Program Management roles.

Lester is a United States Air Force veteran, and his military background includes extensive work in space operations, engineering, and intelligence analysis. He has a Masters of Engineering in Space Operations from the University of Colorado , a Bachelor of Science in Electrical Engineering (BSEE) from Norwich University .

“Space transportation is at the same nascent evolution point as air transportation was in the early 20th century – it’s constrained by few options, largely experimental and novelty in nature, and inaccessible by most,” says Lester. “My aim is to propel Phantom Space and the overall commercial space launch industry into a new era of safe, routine, and on-demand access to space for the masses. By creating a diverse network of US and global launch sites operated in an airport-like manner, we enable more industries, entrepreneurs, researchers, public organizations, and everyday people to participate in and expand the space economy. Phantom’s team of experienced and dedicated professionals provides the right culture and focus to make this a reality, and I’m excited to be joining them.”

Phantom, who recently raised $5M in seed investment funding, together with its revenue generating satellite programs, is using this influx of capital to expand and further develop their operations, including growing their team and physical space. As the VP of Launch Operations, Lester will be overseeing Phantom’s launch efforts, including the launch of the Phantom Daytona, which will be the first fully US built mass manufactured launch vehicle. Lester will be heavily focused on deploying Phantom’s global launch strategy, with a target of enough global launch capability to reach a cadence of 100s of launches per year. Currently, Phantom is building four launch vehicle development units. The trajectory for Phantom’s first orbital launch is Q1 2023.

The first of Phantom’s rockets will be built at a newly acquired 32,000 square foot facility in Tucson, Arizona . This site will host the build of the Daytona rocket, several satellite programs, as well as several other space related classified and unclassified projects. Launch operations are currently being established at the Vandenburg Space Force Base in California .

“We have a lot to look forward to right now – new facilities, launch preparations, and a constantly growing team,” says Jim Cantrell , CEO of Phantom Space Corporation. “We’ve made it known that our goal is to become the Henry Ford of space transportation. With someone like Mark, a seasoned space technology executive, we are one step closer to achieving this. Having his expertise will be essential for the continued development and execution of our launch operations, especially as we continue to grow and set our sights on even broader horizons.”

For more information about Phantom Space Corporation and their development and manufacturing of space transportation technologies, please visit https://www.phantomspace.com/ .

This Article firstly Publish on stockhouse.com

China gears up to send three astronauts to its space station

China gears up to send three astronauts to its space station

ARK’s Cathie Wood Is Launching a Space ETF. The Sector Is Soaring.

Down for a month: NASA faces Hubble Space Telescope’s most serious glitch in years, Science News

Fly your software in space