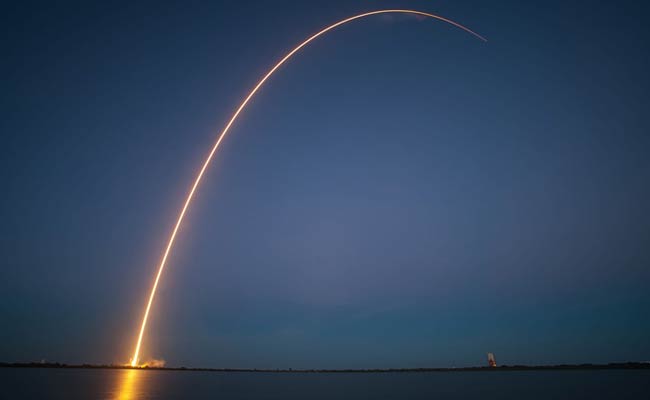 China has postponed the planned launch Thursday of a rocket carrying supplies for its new space station due to technical reasons, state media said.

The China Manned Space Agency gave no details on what the reasons were, and said only that a new launch time would be “determined later,” the Xinhua News Agency reported.

The blast-off was to have taken place just days after China landed a rover on Mars, as it hustles ahead with its extraterrestrial ambitions.

Beijing has pumped billions into its space programme in a bid to make up ground on pioneers Russia and the United States, with ambitious projects in Earth orbit and the landing of uncrewed craft on the Moon and Mars.

But it was heavily reprimanded by the United States and many experts for a potentially dangerous breach of space etiquette for letting a massive rocket segment free-fall to Earth earlier this month after launching the core module of China’s space station.

In the now-delayed mission, the Tianzhou-2 cargo craft was to have blasted off on a 14-tonne Long March 7 rocket, and had been expected to carry essentials such as food and space suits to the core module.

The space station — named Tiangong, meaning “heavenly palace” — will need around 10 missions in total to complete assembly in orbit.

Hao Chun, director of the China Manned Space Engineering Office, said the construction of the space station has entered a “critical stage”.

It is expected to remain in low Earth orbit for up to 15 years.

With the possible retirement of the International Space Station after 2028, China’s could become the only human outpost in Earth orbit.

Although Chinese authorities have said they are open to foreign collaboration on their space station, the scope of that cooperation is as yet unclear.

But the European Space Agency has already sent astronauts to China to train for work inside Tiangong when it is ready.

The latest cargo launch was to have come days after China landed its Zhurong rover on Mars, becoming only the third nation to successfully land a craft on the red planet.

This Article firstly Publish on www.ndtv.com

Virgin Galactic to fly researcher to space for conducting experiments

Virgin Galactic to fly researcher to space for conducting experiments

Rocket Lab attempts to bring back Electron rocket from space

Opinion: This SPAC with ties to NASA plans to make daily runs to space

When to spot the International Space Station over Worcester

Space tourism is now a reality… if you’re filthy rich