Branson sees rocket back on course for ride to space | News

Sir Richard Branson should head to space within months after his Virgin Galactic company flew its first successful test flight in two years.

The flight of the VSS Unity over New Mexico has breathed life back into Virgin Galactic’s space tourism plans after a period in which it had struggled to overcome engineering challenges.

“Wow look at that view . . . so cool,” said Dave Mackay, the company’s chief pilot, after soaring to an altitude of 55.45 miles on Saturday that showcased the blue-rimmed curve of the planet against the darkness of space. 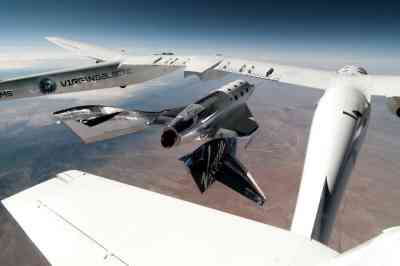 The Unity was launched from its mothership, White Knight Two

“The silence of space. Amazing colours,” he observed.

Virgin Galactic has more than 600 people signed up to fly its sub-orbital joyrides to the edge of space, which provide a few

This Article firstly Publish on www.thetimes.co.uk

International Space Station tracker: How to see the ISS from the UK this week