Virgin Galactic completed a successful trip to space on Saturday, in a sign of progress for the Richard Branson-founded space tourism company following a series of delays in its flight schedule.

Saturday’s launch brought Virgin Galactic closer to its goal of offering commercial space flight in 2022, as it competes with Jeff Bezos’ Blue Origin and Elon Musk’s SpaceX for business in the nascent market.

“The great thing about this flight is it was as predicted on paper,” said Sir Richard, adding that a new automated system used to augment the pilot’s control worked “perfectly”.

“The spaceship went straight up without any deviations.” 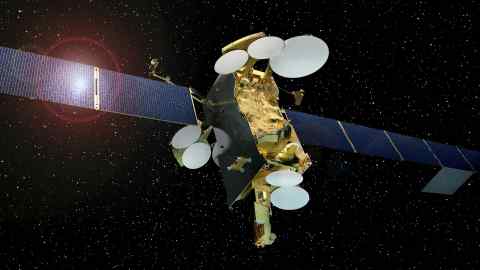 Virgin Galactic has faced several setbacks, including a fatal crash in 2014, on the road toward commercial space tourism. This weekend’s launch had originally been scheduled for December, but the company cancelled that flight following an issue with electromagnetic interference.

In March, one of Virgin Galactic’s largest backers, the tech investor Chamath Palihapitiya, sold the remainder of his personal holdings in the company for about $200m.

Palihapitiya, who still owns shares indirectly through a special purpose acquisition company used to take Virgin Galactic public, said he continued to support the company’s efforts and would redirect the proceeds to climate initiatives.

Shares in Virgin Galactic have slid about two-thirds from a peak of $62.80 in February, giving the company a market capitalisation of $5.1bn. The stock rebounded late this week after Virgin Galactic announced Saturday’s test flight.

Virgin Galactic plans to complete three more test flights before it opens to the public next year, putting it behind Blue Origin in the race to launch civilians into space. Sir Richard is expected to take part in the second of the upcoming launches.

“We think our experience will be one that people prefer, but obviously we’ll have competition,” Sir Richard said. “We believe the market is gigantic out there, so neither of us will ever be able to build enough spaceships to cope with demand.”

The launch, scheduled for July 20, would be the first commercial flight to go past the Kármán line, the internationally recognised edge between the earth’s atmosphere and outer space. Virgin Galactic’s test flight went past the US-standard space boundary.

A spokesperson said Virgin Galactic has received $85m in deposits after selling tickets at a starting price of $200,000 for reservations on future flights.

*This story has been amended to clarify that SpaceX was the first company to take humans into orbit, not into space

This Article firstly Publish on www.ft.com

Moon & Mars done, Jupiter & Uranus next on the list — China’s racing away in space too

How big is the ISS? Size, exact location and more about the International Space Station

Space station simulator ‘Base One’ launches for PC and Mac

China’s space probe sends back its first image of Mars

ISRO is all set to bring its Space Store; Will soon launch Merchandise Programme

Europe and China work together on space exploration