China’s first probe on Mars, Zhurong sent back its first images after its history-making landing last week, China National Space Administration said on May 19. According to a press release, Zhurong, which is named after a mythical Chinese fire god, touched down in the southern part of Utopia Planitia, a plains region that was visited by NASA’s Viking 2 mission in the 1970s. The CNSA released the images taken by cameras attached to the rover, which showed the obstacle-avoidance equipment and solar panels on the vehicle, as well as the texture of the Martian surface.

“The terrain of the rover’s forward direction is clearly visible in the image, and the horizon of Mars appears curved due to the wide-angle lens,” the Chinese space agency said. 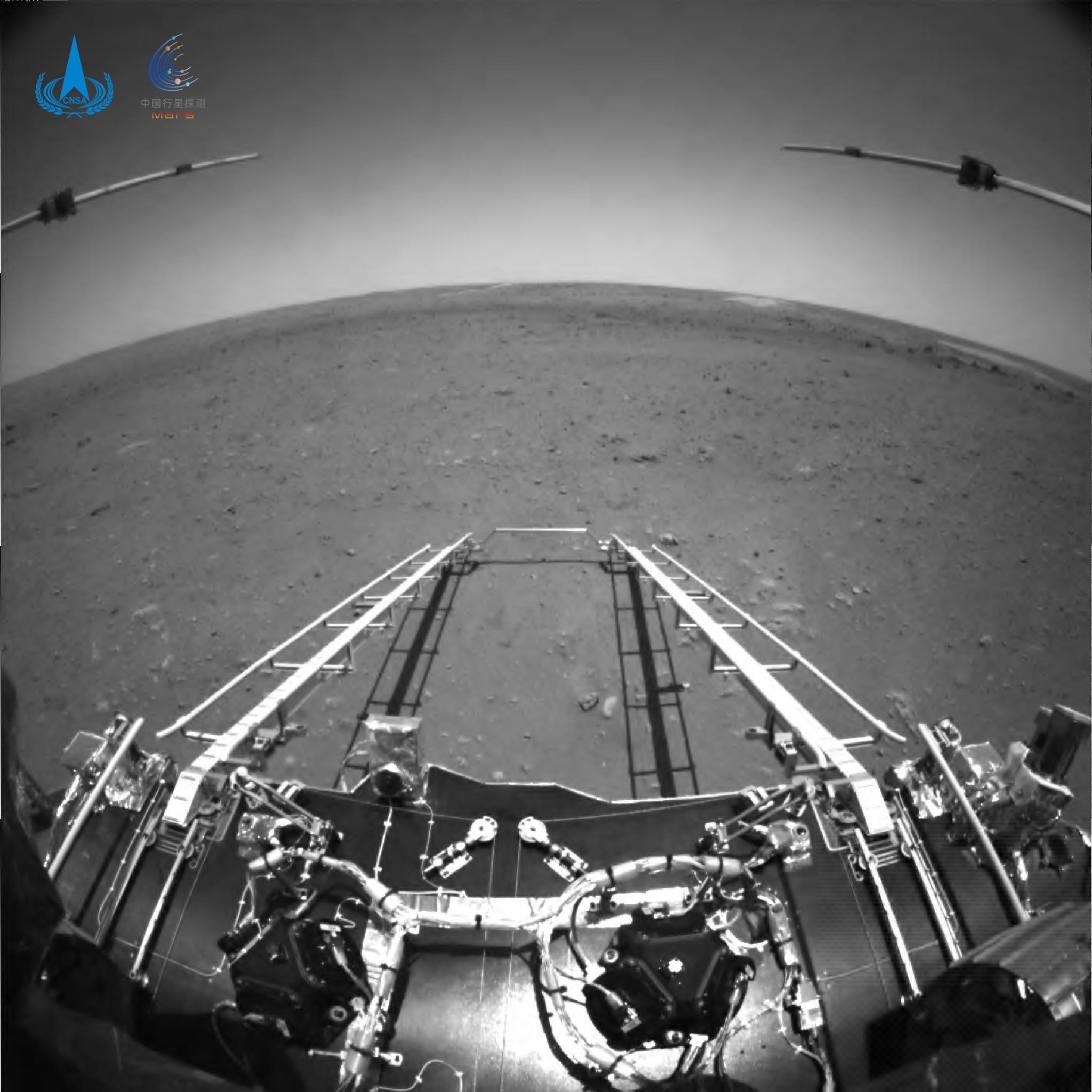 The black-white image shows the ramp built into the lander extended down to the ground to allow the solar-powered rover to roll onto the surface. The coloured image, on the other hand, was taken by the navigation camera fitted to the rear of the rover. It showed the rover’s solar panels and antenna unfolded, and the red soil and rocks on the Martian surface. 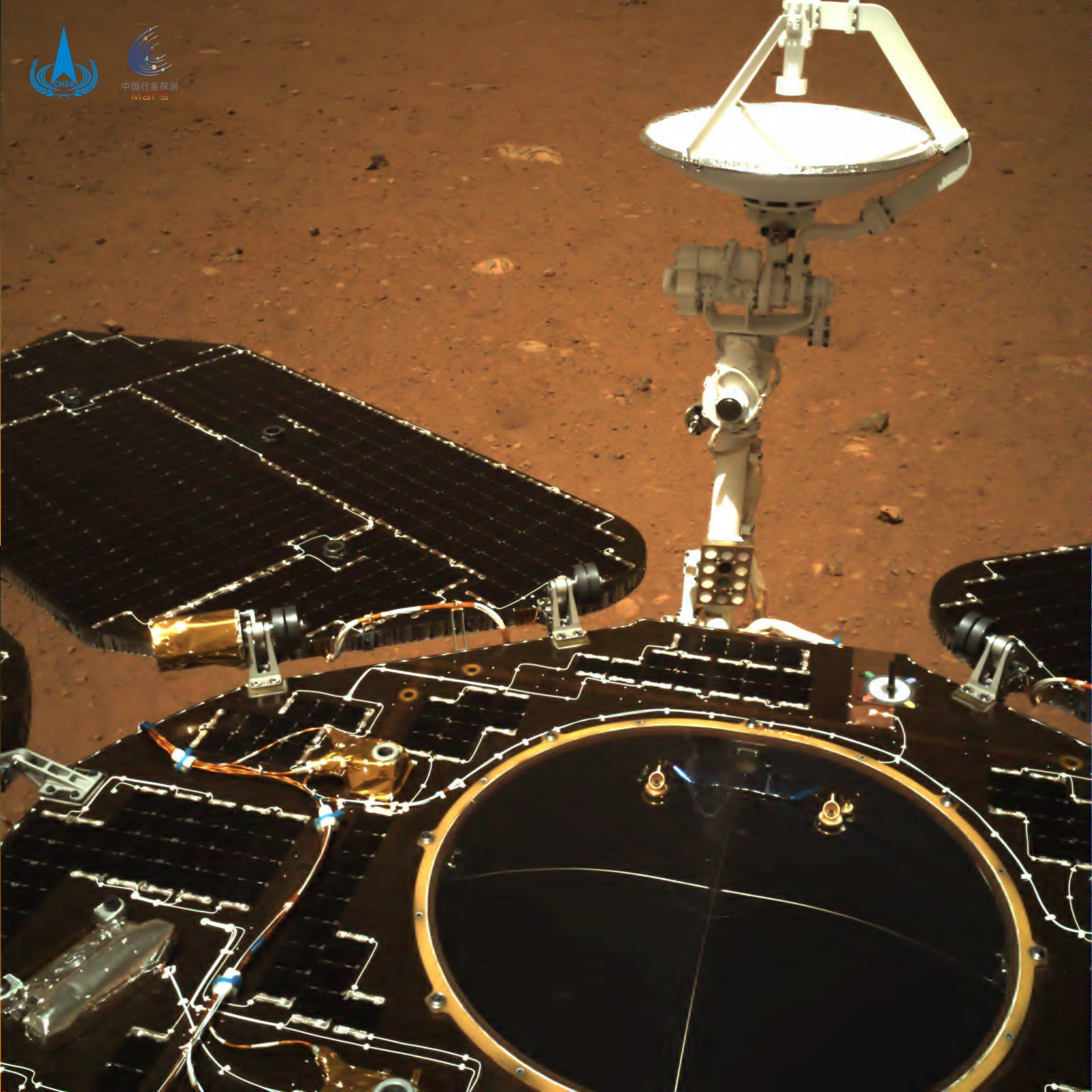 China’s first Mars exploration mission, the Tianwen-1 probe had a successful launch on July 23, 2020. It was launched on a Long March-5 rocket from the Wenchang Spacecraft Launch Site in south China’s Hainan Province, Tianwen-1 probe entered the Martian orbit for scientific exploration and a huge amount of scientific data. As per the agency, the most challenging part of the mission was the soft landing in May, an autonomous process of the probe lasting seven to eight minutes.

Earlier this month, the remnants of Long March-5B crash-landed in the Indian Ocean with the bulk of its components destroyed upon re-entry into the Earth’s atmosphere. China’s Martian probe used its aerodynamic shape, parachute, and retrorocket to decelerate and buffer legs for a touchdown, according to the CNSA. Following the landing, President Xi Jinping even congratulated the Chinese citizens in a broadcast message saying, “You were brave enough for the challenge, pursued excellence, and placed our country in the advanced ranks of planetary exploration”.

Winners and losers in the restaurant space

What should NASA do about the Chinese space station?

No time to waste in making space sector sustainable