Starfish Space and Benchmark to Demonstrate On-Orbit Refueling and Docking 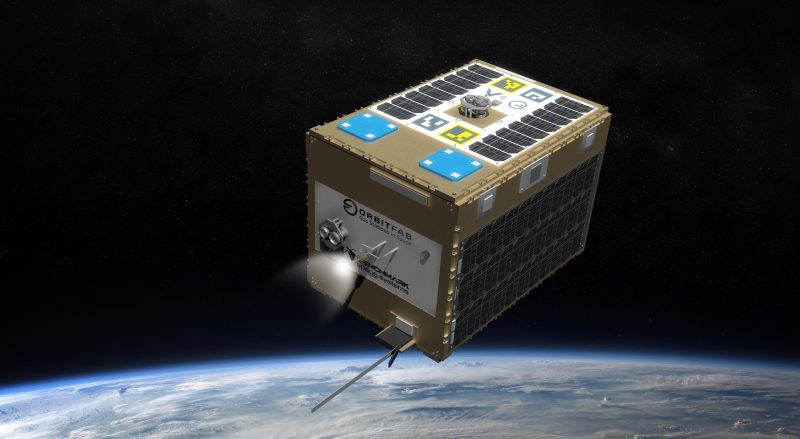 Starfish Space and Benchmark Space Systems have reached an agreement to test on-orbit refuelling and docking capabilities during the Orbit Fab Tanker 1 mission that launches next month. This is part of an agreement between the companies announced Tuesday to collaborate on on-orbit servicing technologies.

This Orbit Fab mission will establish flight heritage for both the CEPHALOPOD software and the Halcyon thruster. The mission is set to launch on a SpaceX Falcon 9 rocket next month.

“This collaboration between Benchmark Space Systems and Starfish Space is all about leveraging our complementary strengths to drive toward precision on-orbit maneuvers that open the door to exciting new possibilities for the emerging space economy,” said Ryan McDevitt, Benchmark Space Systems CEO. “These in-space maneuvers and simulated refueling docking demonstrations with Orbit Fab will mark Benchmark’s flight heritage, advancement toward our RPO chipset offerings, and the pivotal role we’re playing in providing spacecraft control authority and extending missions in space.”

This Article firstly Publish on www.satellitetoday.com

Was space weather the cause of the Titanic disaster?

For CAE the future means expansion in cyber, space and more defense acquisitions

Analysts: China’s space programs are a security concern to the U.S. but not all are nefarious

What I learnt about lockdown from the International Space Station