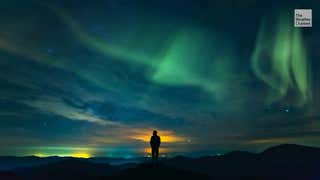 Humanity’s interest in the heavens is universal and enduring. Hunting for knowledge and information, exploring the unknown, and discovering new worlds is said to be part of our species’ genetic programming. This very curiosity has not only taken us to every nook and corner of Earth—traverse through mountains, forests and deserts, and dive into diverse seas and oceans—but has also led us away and beyond from our very own planet.

To quench this never-ending thirst for curiosity, humans started entering into space in the 1960s. And since then, we have consistently undertaken longer and trickier journeys, to explore destinations farther and alien.

Now, as we celebrate human spaceflight ahead of the International Day of Human Space Flight 2021—to be observed globally on Monday, April 12—we take a look at four of the biggest milestones we have collectively achieved as a species, in this field.

1. The first human in space

On April 12, 1961, Soviet cosmonaut Yuri Alekseyevich Gagarin became the first-ever human being to leave Earth and travel into space. Aboard the spacecraft Vostok 1, the then 27-year-old test pilot and industrial technician orbited the Earth at a maximum altitude of 327 kilometres, effectively also becoming the first human to ever orbit our planet.

After the orbit, as the capsule began its descent, Gagarin ejected himself from the capsule at a height of about 7,000 metres as planned, and landed back on Earth using a parachute.

But interestingly, this fact was kept hidden by the Soviet Union. They feared that the Fédération Aéronautique Internationale (FAI)—the world governing body for setting standards and keeping records in the field—would not certify Gagarin’s spaceflight record as, at the time, the pilot was required to land with the craft to officially complete a spaceflight.

However, the lie soon became apparent, but Gagarin’s spaceflight records were nonetheless certified and reaffirmed by the FAI, who ended up revising their rules. The announcement of this historic feat threw Gagarin into instant international stardom, and to this day, he remains world-renowned as the first human to go to space.

To officially perform a spacewalk, an astronaut must get out of a vehicle while in space. This incredibly brave feat was achieved for the very first time by Soviet cosmonaut Alexei Leonov who, on March 18, 1965, exited the Voskhod 2 mission capsule to ‘walk in space’.

Leonov exited the space capsule while still bound to it by a 4.8-metre-long tether, and floated freely in space for 12 minutes and nine seconds.

By the end of the spacewalk, however, his suit had ballooned as it was no longer constrained by the spacecraft’s internal atmosphere, inflating to the point where he couldn’t re-enter the airlock! Only after opening a valve to bleed-off the suit’s pressure beyond the safety limit and making it more flexible, was Alexei able to get back inside the capsule, although he did end up suffering bends from decompression in the process. The return to Earth was filled with difficulties too, but none of them took away Leonov’s title of the first-ever spacewalker.

3. The first humans on the moon

One of our biggest achievements or a ‘giant leap’ in human space-flight occurred on July 20, 1969, when US astronaut Neil Armstrong became the first human to ever step foot on the moon.

Blasting off from the Earth on July 16, 1969, Apollo 11 carried Neil Armstrong, Edwin “Buzz” Aldrin and Michael Collins to Earth’s natural satellite. After reaching their destination four days later, a Lunar Module called Eagle took the former two on to the lunar surface, and post landing, Neil Armstrong took that giant leap for mankind by becoming the first human to step on the moon.

While Collins stayed in the orbit around the moon, conducting experiments and taking pictures, Armstrong and Aldrin walked around on the lunar surface for three hours, conducting their own set of experiments and collecting bits of moon dirt and rocks. They also put a U.S. flag on the moon and left behind a sign that reads: “Here men from the planet Earth first set foot upon the moon July 1969, A.D. We came in peace for all mankind”.

4. The first humans aboard the International Space Station

The ISS remained uncrewed for the initial two years, and it wasn’t until November 2, 2000, that the first residential crew, consisting of two Russians Yuri Gidzenko and Sergei Krikalev and NASA astronaut Bill Shepherd, arrived at the ISS through Expedition 1.

The three-person crew stayed aboard the station for 136 days, from November 2000 to March 2001, marking the first long-duration stay on the ISS. This was also the beginning of an uninterrupted human presence on the station, which continues to this day.

As of November 2020, 242 astronauts, cosmonauts, and space tourists from 19 different nations have visited the space station, many of them multiple times. This list includes 152 Americans, 49 Russians, 9 Japanese, 8 Canadians, and 5 Italians.

India too is set to strengthen its foothold in the field of human spaceflight with the Indian Space Research Organisation’s (ISRO) Gaganyaan mission under the Indian Human Spaceflight Programme. The country had officially entered the fray of human spaceflight back in April 1984, when former Indian Air Force pilot, Wing Commander Rakesh Sharma, became the first and only Indian citizen to travel to space aboard the Soyuz T-11.

Now, in spite of the delays caused by the COVID-19 pandemic, the manned Gaganyaan mission is expected to launch in 2023. In this maiden crewed mission, ISRO’s largely autonomous 5.3-ton capsule will orbit the Earth at a 400 km altitude for up to seven days, with a two- or three-person crew on board.

On a global scale too, preparations to send humans back to the moon and to our neighbouring planet Mars have continued in spite of the pandemic and other challenges. The curiosity and determination our species continues to display make it seem more likely that while the Earth is the cradle of humanity, mankind may not stay in this cradle forever after all.

For weather, science, and COVID-19 updates on the go, download The Weather Channel App (on Android and iOS store). It’s free!

This Article firstly Publish on weather.com

‘I could never say no to space’: British-American explorer aims for the stars

‘I could never say no to space’: British-American explorer aims for the stars

The New Space Race Will Be Run by Robots

Op-ed | Getting Serious About the Office of Space Commerce

Brighton and Hove News » Stringer does have space, say parents of ‘misplaced’ pupils

The Commercial Space Age Is Here