Jeff Bezos’ Blue Origin will be sending its first astronaut crew to space on July 20, flying on its space tourism rocket called New Shepard, the company said on May 5. While taking to Twitter, Blue Origin informed that it is offering one of the seats to the winner of an online auction. The trip will last a total of ten minutes, four of which passengers will spend above the Karman line that marks the recognised boundary between Earth’s atmosphere and space.

A video accompanying the announcement said, “We’ve been perfecting our ability to launch, land and repeat. Our next launch will be the first time astronauts will fly aboard New Shepard”.

“We’re auctioning off the first seat to benefit our foundation Club for the Future,” the Blue Origin video added.

According to CNBC, the reusable suborbital rocket system was named after Alan Shepard, who sixty years ago became the first American in space. New Shepard is designed to carry as many as six people at a time on a ride past the edge of space. The capsule has massive windows to give passengers a view, spending a few minutes in zero gravity before returning to Earth.

The company has yet to fly New Shepard with passengers on board. However, till now it has successfully carried out 15 uncrewed tests runs launching from its facility in the Guadalupe Mountains of West Texas. The rocket launches vertically, with the booster detaching and returning to land at a concrete pad nearby. The capsule, on the other hand, floats back to the surface with three large parachutes that slow it down to about a mile an hour when it lands.

“Blue Origin has been flight testing New Shepard and its redundant safety systems since 2012. The program has had 15 successful consecutive missions including three successful escape tests, showing the crew escape system can activate safely in any phase of flight,” the Blue Origin website read. 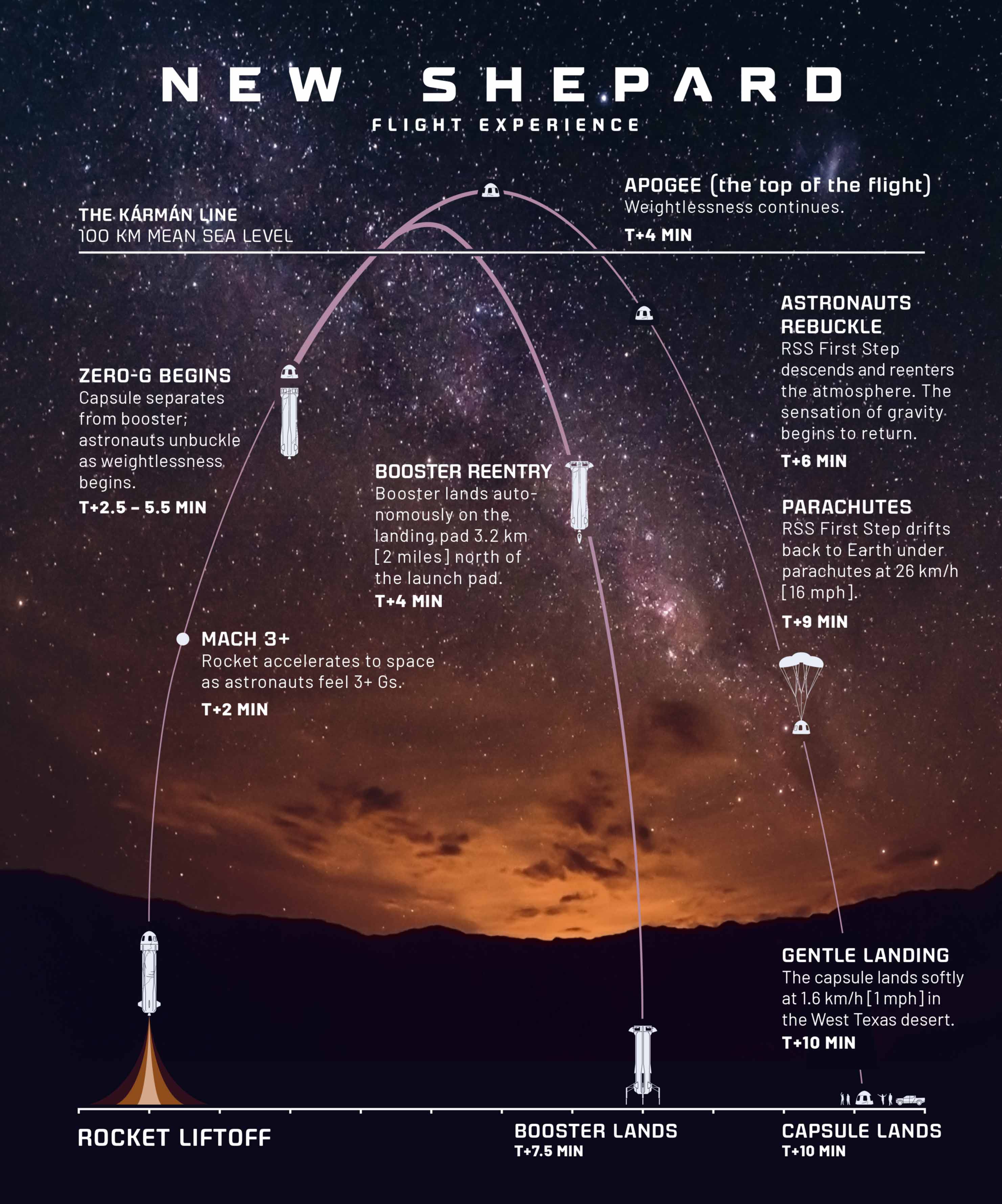 Blue Origin said that the bidding will be unsealed on May 19 before a final-stage live online auction on July 12 when the winner is announced. The proceeds from the auction will go to the company’s foundation, Club for Future, which aims to inspire future generations to pursue careers in STEM and help invent the future of life in space.

60 years since first American in space: Tourists lining up