Here’s how to join or create a Space on Twitter

Twitter has added the ability to host Spaces, its live audio conversation feature, to all accounts with 600 or more followers. Introduced last year, the feature unlocks real and open conversations – small and intimate conversations with just a few others or for big discussions about what’s unfolding right now with thousands of listeners.

Spaces are public, so anyone can join, listen, and speak in a space on Twitter for iOS and Android. Twitter says it is currently working on building the ability to participate in a space on twitter.com.

How to join or create a Space on Twitter?

To create a Space,

On iOS and Android, when someone you follow starts or speaks in a Twitter Space, it’ll appear at the top of your timeline as a purple bubble. You can join Twitter Spaces either as a listener or as a speaker.

As a host, you have the ability to control who is speaking, the topics, and the vibe. You can mute speakers and take away their mic, or remove them from the Space completely. Additionally, you can also mute all speakers simultaneously.

It is worth mentioning that Twitter allows anyone to report and block others in Spaces or report the Space itself. Blocked users will not be able to join a Space you host and you will see labels and warnings if you’re in a Space where someone you’ve blocked is a Speaker

Twitter has also announced a handful of new features that are coming to Spaces. These include: 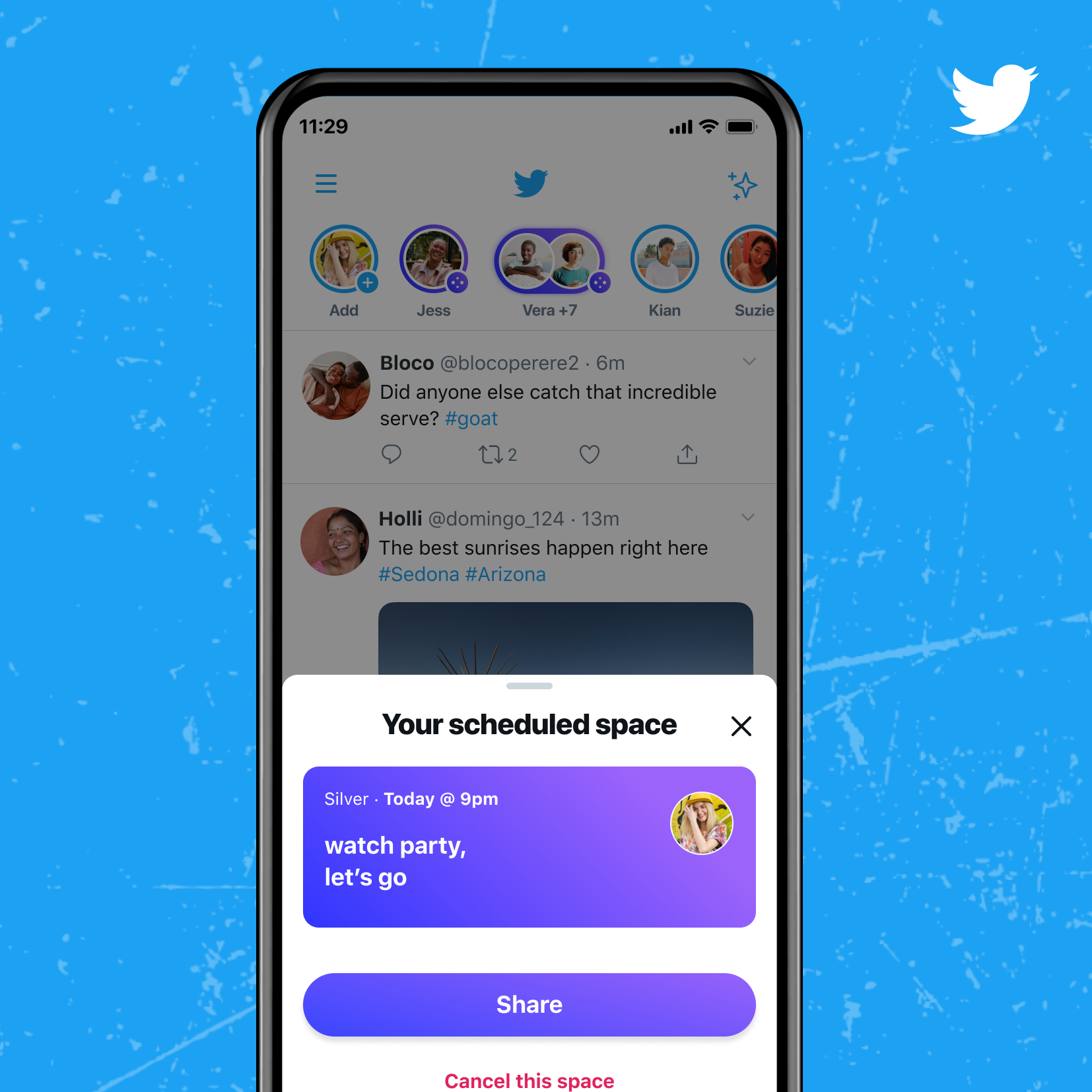 
This Article firstly Publish on www.devdiscourse.com

Yes, satellites are making it more difficult for astronomers to observe space

60 years since 1st American in space: Tourists lining up

International Space Station tracker: How to see the ISS from the UK this week

Science News Roundup: SpaceX sign agreement to enhance space safety;You may be surprised where the water went and more

Public in Dorset urged to ‘Give Seals Space’