Sixty years ago on April 12, cosmonaut Yuri Gagarin became the first person to reach space and secured a momentous victory for Russia in its race with the United States in marking a fresh chapter of the history of space exploration. Because the details of the April 12, 1961 mission involving Gagarin were kept secretes, his groundbreaking journey to space became subjected to several myths and conspiracy theories.

Gagarin was selected among the pool of thousands of candidates to undergo the rigorous training to acquire the skills for a space flight. At the time, he was a steelworker turned military pilot. The 27-year-old Gagarin at the time showcased incredible results in his tests and reportedly he stood out by removing his shoes before entering the Vostok spacecraft that was designated for the mission. Showcasing the custom in Russia when entering the home at the time of entering Vostok, Gagarin made his positive impression evident.

Soviet cosmonaut Yuri Gagarin blasted off from Baikonur Cosmodrome in a Vostok-1 rocket on April 12, 1961, at 9:07 Moscow time and circled the Earth for at least 108 minutes before finally landing back on the ground safe and sound. During the liftoff, he exclaimed his iconic catchphrase “Poekhali!”, or “Let’s go!” in Russian.

Even though everything did not go as planned during the mission, the success of Gagarin returning home safely outshone all the other struggles. Reportedly, among several other glitches of the cosmonaut’s mission, his spacecraft had entered into an orbit at a higher altitude than originally expected. If the spacecraft’s brakes system had malfunctioned, Gagarin would have had to wait until it descended on its own in the orbit.

However, waiting would have led to other consequences such as extending the duration of the mission. Even though reportedly Gagarin had food supplies water and oxygen to last for 10 days, the higher altitude implied that the wait would be much longer. But during the 1961 mission, the brakes worked.

French astronaut Thomas Pesquet on Yuri #Gagarin: Yuri Gagarin remains a paragon for us, astronauts. I’ve been thinking about him for hours before the launch of our “Soyuz” spaceship back in 2016. It was a great honour for me to walk Yuri Gagarin’s path at Baikonur Cosmodrome pic.twitter.com/SoGoLk29I9

Further, Gagarin landed several miles away from his expected landing point and ejected from his capsule over the Saratov region in southern Russia. The first people he saw upon landing were reportedly a young girl and her grandmother digging up potatoes. However, amid Cold War, he struggled to convince them that he was not a foreign spy as he was wearing a white helmet and orange spacesuit.

As per reports. Long a secret, Gagarin had written priceless words for his wife before blasting off to create history. In the farewell letter, Gagarin wrote, “If something goes wrong, I ask you—especially you—Valyusha, not to die of grief. For this is how life goes,” he wrote, using a diminutive for Valentina. 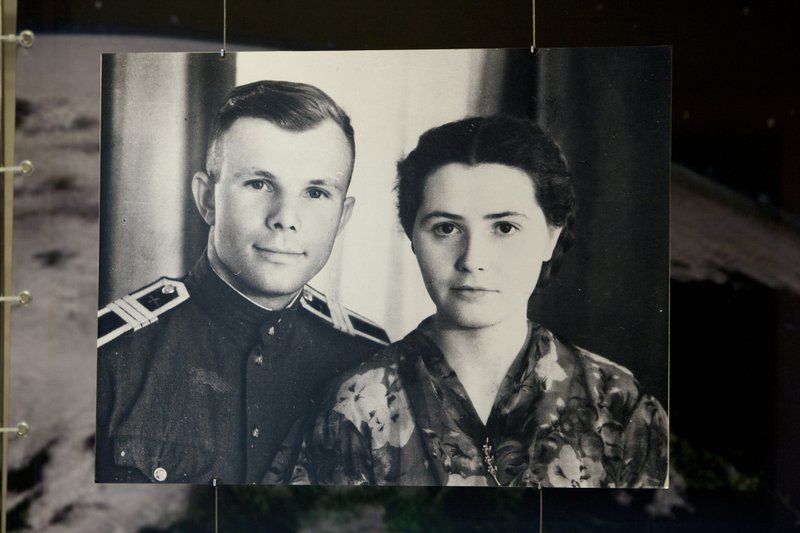 The anniversary of Gagarin’s historic flight on April 12, 1961, is celebrated every year in Russia as ‘Cosmonautics Day’ with Russians of all ages laying flowers at monuments to commemorate his accomplishment. Gagarin was a son of a carpenter and a dairy farmer who lived through the Nazi occupation.