All 4 crew members of the private mission to space revealed

Billionaire Jared Issacman surprised the world earlier this year as he broke the news that he had purchased a private rocket from Elon Musk’s SpaceX for a private mission into space. The billionaire had also announced that he would be taking along a crew of 3 members, all of them non-astronauts. Hayley Arceneaux, a 29-year-old cancer survivor was the first one to be announced. The remaining two members of the crew were also announced recently, as reported by BusinessWire.

As per the BusinessWire report, Chris Sembroski and Dr Sian Proctor are the final two people who managed to make it into the crew of the Inspiration4 mission. Jared Issacman and his three crew members will accompany will travel on the Dragon spacecraft which will reportedly be launched into orbit by SpaceX’s Falcon 9 rocket.

SpaceX has plans for the Inspiration4 liftoff around September 15. The ship is set to depart from the Kennedy Space Centre Launch Complex 39A. The spacecraft is expected to orbit Earth for three days at an altitude of 335 miles, which is 80 miles above the altitude of the International Space Station.

Get to know the crew 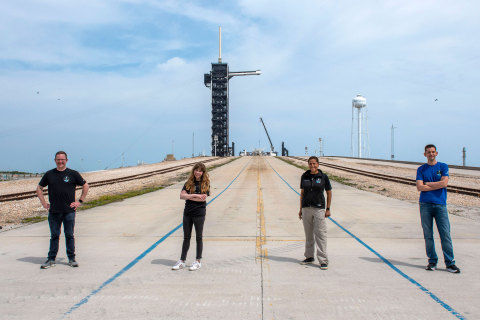 Jared Issacman is the commander and sponsor of this private mission. Issacman is a 38-year-old billionaire, and CEO of Shift4 payments, which is a popular payment gateway portal. He announced in February that he had purchased the mission from Elon Musk. Issacman is an ex-military pilot himself and has extensive experience in flying.

Hayley Arceneaux is the second member to join the crew. Arceneaux is a 29-year-old cancer survivor who works as a physician assistant at the St Jude Children’s hospital. At the age of 10, Arceneaux had a part of her femur removed due to bone cancer, which restricted many of her physical abilities. She will the youngest American to fly into space.

Dr Sian Proctor is a geoscientist and science communication specialist. Dr Proctor won her seat after winning an online contest by Issacman’s company Shift4. The contestants on the contest had to create an online store using the company’s software and upload it to Twitter with their dreams about travelling to space.

The final member of the crew is Chris Sembroski, a 41-year-old Air Force veteran. Sembroski was selected from around 72,000 people in a fundraising campaign for the St Jude hospital. Chris will be the mission specialist and will overlook the whole mission.

Satellite launched to remove space debris that could collide with spaceships

How to spot the International Space Station flying overhead throughout May

Tips For Experiencing A Rocket Launch At Kennedy Space Center

The price tag to go to space with Jeff Bezos is now at $2.8 million