by spacenews
in Nasa News
0

When Terry Himes was just 14, he figured out how to shoot mice into the sky on homemade rockets without harming the rodents.

Since then, the Grand Ledge native and Michigan State University graduate has worked on dozens of NASA space missions, including its latest last month, putting the Perseverance rover on Mars. But it was the mission that sent the first humans to the moon in 1969 that got him thinking about space exploration as a career.

“Apollo was just starting and, of course, everybody was really excited about space,” said Himes, 71. “And for me, I’m like, that’s where I want to be. So I put my focus on that.”

As a spacecraft and software engineer for NASA’s Jet Propulsion Laboratory near Los Angeles, Himes has put his fascination with space to work on more than 30 missions. His attention today is on the Mars rover as part of a quest to study whether there was once life on the planet, or could be in the future.

NASA officials and others believe the hope and fascination inspired by space travel is heightened in these pandemic times.

Thomas Zurbuchen, NASA’s science mission chief, said video and the panoramic views captured following the rover’s touchdown “are the closest you can get to landing on Mars without putting on a pressure suit.”

The images will help NASA prepare for flights to Mars in the decades ahead, according to the engineers. 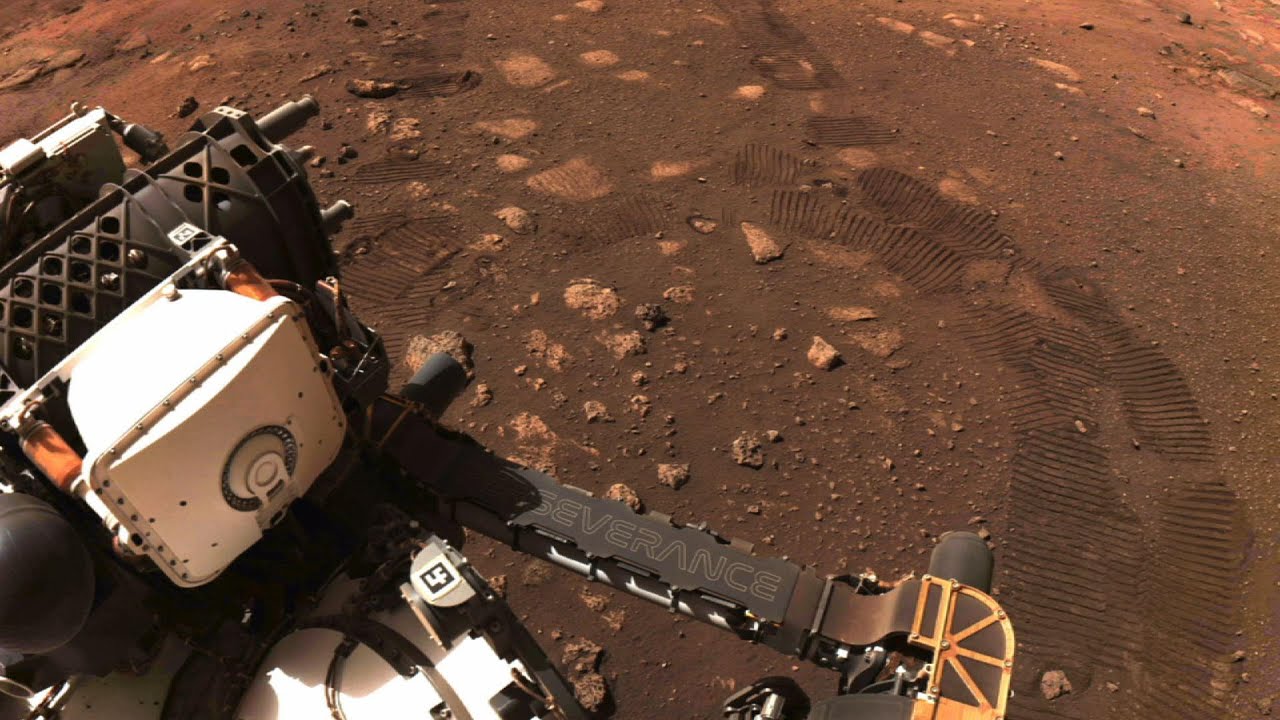 But there’s a more immediate benefit.

“I know it’s been a tough year for everybody,” said NASA imaging scientist Justin Maki, “and we’re hoping that maybe these images will help brighten people’s days.”

President Joe Biden echoed that hope, speaking in a video conference call with the NASA team after the February rover landing.

“It’s so much bigger than landing Perseverance on Mars,” Biden told them. “It’s about the American spirit. And you brought it back.”

The possibilities and achievements in space are particularly intriguing for many people who are staying home to minimize exposure to COVID-19, MSU astronomer Shannon Schmoll said.

Himes was part of a team at jet propulsion mission control in southern California that confirmed the rover’s successful landing on Mars.

About the size of a car, the Perseverance rover is tasked with collecting samples from Mars and sending high-resolution, color 3D panoramas of the Martian landscape.

NASA scientists hope that by 2031, the rock samples could answer whether life ever existed on Mars.

And for others such as Schmoll, the inspiration comes from answering whether Mars could sustain human life. In November, a research group at Michigan State was awarded a grant from NASA to educate middle and high school students on those possibilities.

MSU’s Abrams Planetarium, its museum and the School of Journalism partnered to bring a two-part curriculum to three Lansing-area schools. Students learn about Mars and urban planning so they can design a livable city on the Martian planet. The designs are turned into 3D models and integrated into an augmented reality version of Mars.

“We’re having students think about how to build a city on Mars for that eventual day where we’re sending humans to Mars to live there for a long time,” Schmoll said.

For subscribers:‘Seven minutes of terror’ herald our next steps on Mars

Himes has long put his efforts toward the study of Mars, but he has worked on other projects. Among them: sending spacecraft to visit two dwarf planets, land on comets and collect samples of particles surrounding the sun.

Himes’ role in the Mars mission is to tell the rover what to do. He builds the sequence to send commands to the spacecraft from antenna complexes. Working on the in-flight operations, Himes controls how the rover moves.

“With the Mars 2020 and Perseverance landing, this is the first time we had video to show people what it’s like to land on Mars. That’s never been seen before, it’s amazing,” Himes said. “I think more than anything, it inspires a lot of people, especially young people to want to do that just like when I used to watch on TV the Gemini and Apollo (missions).”

Himes has come full circle in his career, as his first mission was work on the Mars Observer, the beginning of NASA’s exploration of that planet in the early 1990s. Himes worked on that mission as a contractor but was hired by NASA full time in 2001 to complete another mission to Mars.

However, his path to space was not always clear-cut.

After graduating from Michigan State in 1975 with a degree in computer science, Himes could not land a job at NASA. So he moved to New Jersey and built software for technology used by the Navy.

He eventually started his own software company, which he sold 12 years later to his partner to launch his career in space exploration in 1990.

After three decades, Himes reluctantly realizes his work is closer to ending than beginning.

“I don’t have an exact date yet, but I am going to retire eventually. It’s a hard thing to do because it’s like pulling yourself out of the game in the Super Bowl, but you want to finish the game,” he said. “If you love what you do … because you really enjoy it, it doesn’t really feel like hard work.” 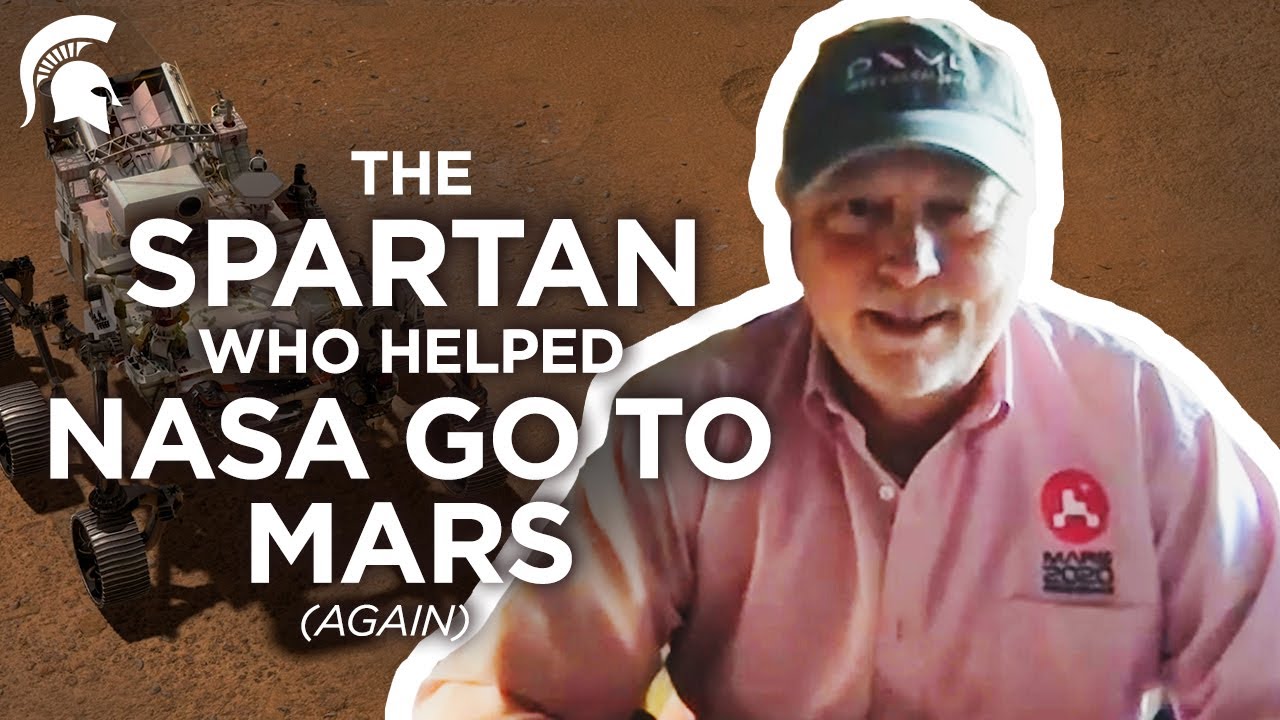 This Article firstly Publish on www.detroitnews.com

The origin story of the International Space Station

China will soon have a monopoly on space stations as it begins construction of Tiangong- Technology News, Firstpost

A new mission to remove space junk from Earth’s orbit