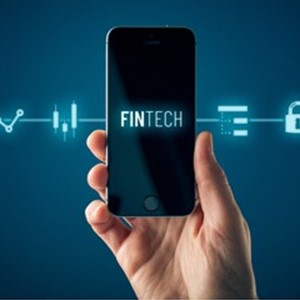 Over the last few years, the FinTech industry has known a real economic boom in France. According to Statista, digital payments have become increasingly mainstream in France, as more and more users are taking advantage of the conveniences of this type of payment. Mobile payments, credit cards and other types of digital payment methods represent the biggest segment of FinTech in France in terms of the transaction value.

In 2019, $4.8bn in venture capital funding was raised by French startups, up nearly threefold since 2015, thus making France one of the fastest-growing tech hubs in Europe.

Check out these 4 French FinTechs transforming the financial space –

Founded in 2016, Qonto is a neobank for SMEs and freelancers. It aims to assist business owners through streamlined account opening, accounting exports, expense management feature and allows them to have more control while giving their teams autonomy.

It also aims to provide visibility on cash-flows through smart dashboards, transactions auto-tagging, and cash-flow monitoring.

Recently, the French challenger neobank raised an additional €104 million in a Series C round led by investors Tencent and DST Global, along with the participation of existing investors Valar and VC Alven, and new business angels Taavet Hinrikus (TransferWise’s co-founder and chairman) and Ingo Uytdehaage (CFO at Adyen).

Lydia, established in 2013, allows users to receive, send and manage all of their money. It processes around €250 million transactions per month.

Recently, FinTech Lydia announced the extension of its Series B with $86 million funding led by Accel. This brings the total Series B funding round to $131 million. Amit Jhawar, the former General Manager of Venmo and Accel venture partner, led the investment for Accel and will join the Board of Directors.

Lydia also selected open banking tech provider Tink with an aim to utilise access to PSD2 APIs across Europe. The companies have joined forces to work on boosting bank account connectivity for improving the app’s user experience. The new open banking connectivity will be released in the coming weeks.

Established in Paris, Luko is B-Corp-certified and has developed its insurance model around its Giveback program. 70% of Luko’s premiums are pooled with other customers’ and this pool is used to pay compensation; 30% go towards Luko’s management costs. At the end of the year, any premiums left in the pool that haven’t been used to refund claims are donated to charities chosen by policyholders.

French neo-insurer Luko announced that it has raised €50 million in Series B funding led by EQT Ventures along with the participation of Accel, Founders Fund, Speedinvest, Orange Ventures and other angel investors. The new funding will be used to invest in Luko’s technology, product development, and growing the team.

Spendesk, a French spend management platform for SMBs, recently announced that it has raised $18 million in addition to its Series B round last year ($38 million). The new investment comes from global VC fund Eight Roads Ventures and brings the total raised to $68.5 million.

This funding will support the company’s growth and help it to address the accelerated digitisation of finance departments and increase in demand for spend management solutions.

This Article firstly Publish on ibsintelligence.com

Defence, space manufacturing to get part of $30m extra boost

The European Space Agency has approved the Venus Exploration Mission

Gmail storage full? Here’s how you can clean up and save some space