The company had launched the app in India back in December and now it has been expanded to 170 other countries. 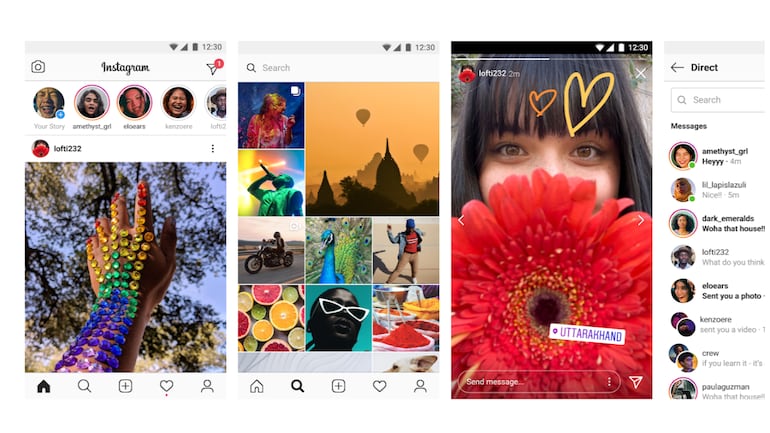 Facebook has launched Instagram in 170 countries exclusively for people with space issues. The app is designed to work on a 2G network as well. The company had launched the app in India back in December and now it has been expanded to 170 other countries. The Instagram Lite app has been developed in Tel Aviv in a collaboration with a New Yorkbased team of Facebook.

“Our teams build these lightweight versions of our apps for people with low connectivity or limited data plans because our basic premise is to leave no one behind,” adds Tzach Hadar, Director of Product Management at Facebook Tel Aviv, one of the largest strategic engineering hubs for Facebook globally. “We wanted the Instagram experience to remain fast, high-quality, and reliable, irrespective of the device, platform, and network people are on.”

The lite app would also allow users to edit, share and view pictures. Users will be able to add stickers, upload IGTV videos, view stories and more in the watered-down version of the main Instagram app. However, some of the core features of the main app will be missing from the Lite app. The Instagram Lite app is also coming with specific language support.

“To keep performance reliable, the team removed much of the ornate, data-rich animation, such as cube transitions and the AR filters people can apply to faces. However, they kept features that could deliver joy with less data, like GIFs and stickers. They also got rid of certain icons that do not make sense to new digital users. For instance, a trash can icon did not resonate as a symbol for getting rid of something, but an “X” rang clear,” the Instagram blog read.

The app was already launched in India so the users can update the app from Google Play Store and Apple App Store.

Irish-built microgravity device to be blasted into space

Russia plans to launch own space station after quitting ISS

Russia May Abandon the International Space Station in 2025: What Happens Next?