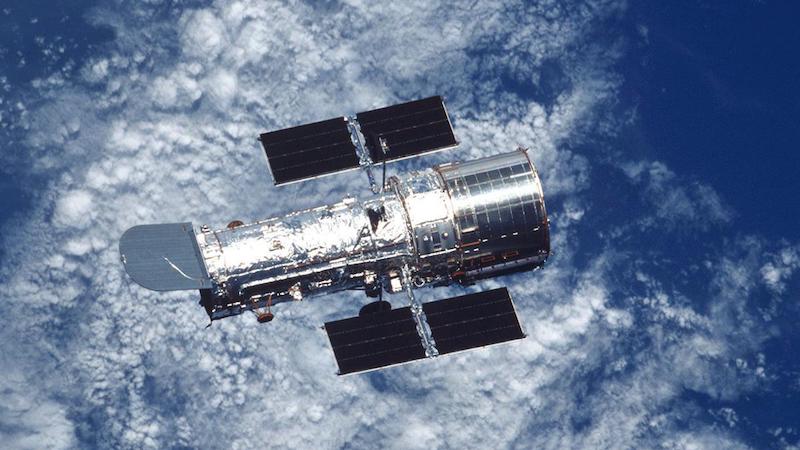 The Hubble Space Telescope after deployment from space shuttle Columbia during a 2002 servicing mission. Image via NASA/ Spaceflight Now.

The Hubble Space Telescope went into another protective safe mode early Sunday morning, March 7, 2021, after an onboard software program failed during a guide star acquisition. This software is the computer programming that runs the spacecraft; it’s essential for the observatory’s operation. In safe mode, the telescope is not carrying out its regularly scheduled observing program, pointing toward targets or collecting data, but its solar panels keep it powered. At this writing, the telescope is apparently still in safe mode (no announcement has been made to the contrary, so far), but mission experts at NASA and the Space Telescope Science Institute in Baltimore, Maryland, appear confident they’ll be able to fix the problem soon.

Hubble’s last safe mode incident was in October 2018, after two of its orientation-maintaining gyroscopes failed to point and steady the telescope. That dark spell lasted three full weeks, but Hubble rebounded in good shape when engineers successfully mobilized a backup gyroscope.

At ~4:00 a.m. EST on Sunday, the Hubble Space Telescope went into safe mode due to an onboard software error. All science systems appear normal and Hubble is safe and stable. The team is working plans to safely return it to normal science operations. pic.twitter.com/6JlSSHisLd

According to its handlers, the Hardware Sun Point safe mode used by Hubble will keep it safe until ground control can correct the issue and return the mission to normal operations. Its instruments still are fully operational and, according to NASA, are expected to produce excellent science for years to come.

On the other hand, Hubble has been in space for more than three decades, and some are questioning how much longer it will be able to produce the sorts of magnificent results we’ve seen from it so far. In an article this week in MIT Technology Review, titled How much longer will the Hubble Space Telescope last?, Neel V. Patel wrote:

Sunday’s announcement does once again remind us that Hubble is old! Its three decades of service are more than anyone expected, and the telescope is on its last legs from here. How much longer does the observatory really have, and what happens when it’s finally gone?

The short answer to that question centers on the James Webb Space Telescope, currently in development and scheduled for launch in October of this year. It is the most powerful and most complex infrared telescope ever built. Thousands of astronomers worldwide will use it for a wide range of research projects, extending Hubble’s discoveries, as well as those of the now-decommissioned Spitzer infrared space telescope. According to NASA, the capabilities of the Webb extend beyond those of Hubble, and thus it’s not a replacement but rather a successor (and the two telescopes will even collaborate side by side for a while, with a planned overlap). Significant progress was made in the development of NASA’s James Webb Space Telescope in February 2021 with the success of its final functional performance tests. The two testing milestones – the comprehensive systems test and the ground segment test – confirmed that the observatory’s internal electronics are operating as intended. They also verified that it and its four science instruments can send and receive data, moving it closer to its planned launch on October 31, 2021.

Hubble is a joint research mission serviced by NASA and the European Space Agency. And, after its launch aboard space shuttle Discovery in 1990, Hubble has been visited by astronauts four times in order to make repairs and add new instruments. The telescope’s vision was famously blurry at first, but spacewalking astronauts fixed that glitch in 1993. It’s been delivering insights into our cosmos, breakthrough scientific discoveries, and some of the most iconic and beautiful astronomy images ever since.

So Hubble has been serving Earthlings well for more than three decades, and – as Mike Wall at Space.com said this week – most aren’t ready to say goodbye just yet. In an April 2020 article in Scientific American, titled Space Telescope Director Says Best Is Yet to Come for Hubble, the Space Telescope Science Institute’s director Kenneth Sembach said:

Being realistic, I think Hubble’s got a good five years left. And we’re operating the observatory in a way meant to keep it scientifically productive out to 2025. Does this mean we’ll get to 2025? No, something could go wrong tomorrow. This is the space business, after all. But, then again, maybe we could get to 2030.

… Let’s remember that everything people will look at with [Webb, an infrared telescope], they’ll want to look at with Hubble [an optical telescope], too, to get a more complete picture while the two observatories are both operationally overlapping. Studies of star formation, the first galaxies, exoplanets: all will benefit from these two observatories working together.

For now, scientists and fans of the Hubble Space Telescope mission will be keeping their fingers crossed. 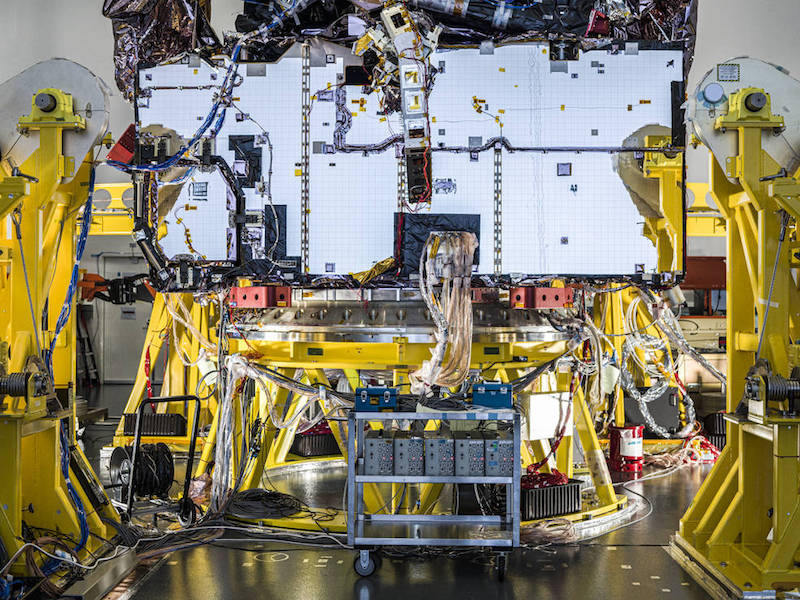 During its final full systems test, technicians powered on all of the James Webb Space Telescope’s various electrical components installed on the observatory, and cycled through their planned operations to ensure each was functioning and communicating with each other. Image via NASA/ Chris Gunn.

Bottom line: NASA’s Hubble Space Telescope is taking an unexpected break. The iconic observatory went into a protective safe mode early Sunday morning, March 7, 2021, after an onboard software program failed during a guide star acquisition. However, mission experts at NASA and the Space Telescope Science Institute seem confident it will bounce back soon.