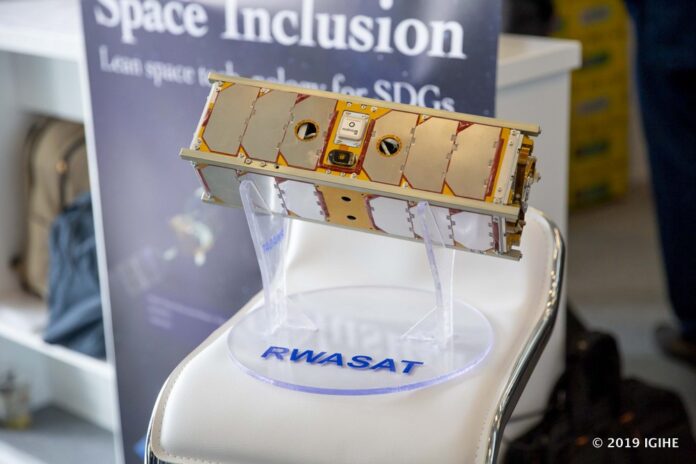 The Chamber of Deputies is the lower house of Rwanda’s national legislature. It said: “[The] establishment of Rwanda Space Agency aims at having coordination of Rwanda’s space sector activities geared towards securing communication, Intelligence, Surveillance and Reconnaissance (ISR) as well as purchasing and playing a custodian role of national spatial data and imagery.

Another responsibility of the Rwanda Space Agency is the coordination of national efforts related to building a knowledge base in space and related technologies through conducting formal and hands-on training”.

During a cabinet meeting on May 18, 2020, President Paul Kagame had approved the draft law establishing the RSA and said the Agency would start operating from July 2020. But that plan did not work out.

The Chamber of Deputies’ committee on education, technology, culture and youth had been deliberating on the approved law in consultation with the Ministry of ICT and Innovation. KT Press reported that the committee learnt from the ministry that a policy to inform the agency’s activities was still underway and dependent on the bill approval.

RSA road map, KT reported, will start using space data and images to profile land usage and the construction of “Ground Station Infrastructures” to capture satellite images locally. The ground station will be constructed in the Rwamagana district under a signed contract between Ngali Holding, a Rwandan company, and GlobalStar, an American satellite communications company.

The RSA would send many Rwandans to the United States and Israel to receive training in space technology programmes so they can support Rwanda’s space efforts.

RSA would manage all space data collected in public and private institutions. If selling this data, the agency will first analyze it before its distributed or sold on the local market.

Rwanda had launched two satellites in 2019: the RWASAT-1 and Icyerekezo. The RWASAT-1 carried a communication payload that will collect and forward data to remote monitoring stations on the ground. And Icyerekezo, which means vision in English, enabled the government to provide internet to more remote schools across the country. RWASAT-1 was launched in partnership with the Japanese Aerospace Exploration Agency (JAXA). Icyerekezo was launched in partnership with OneWeb, a United Kingdom-based communications company OneWeb.

In August 2020, the Office of the Prime Minister had named Lt. Col Francis Ngabo as the CEO of RSA. And the Agency also created its official Twitter page on December 14, 2020.

With the launch of RSA, only 20 of the 55 African countries have a space agency, institution, programme or seriously engage in any space-related activity.

Daniel is a lifelong prolific learner.


This Article firstly Publish on africanews.space

Jeff Bezos is going to space next month, thousands of people don’t want him to come back to Earth

After Pandemic, Shrinking Need for Office Space Could Crush Landlords

Cristoforetti says ready to return to space in 2022 – English

Conferring with China about space, sort of

Harwell led a mission to show how to collect space debris

‘Smart shirt’ takes a trip to space for science

Balloon trips to the edge of space by 2021

No one is talking about remote work from space – TechCrunch