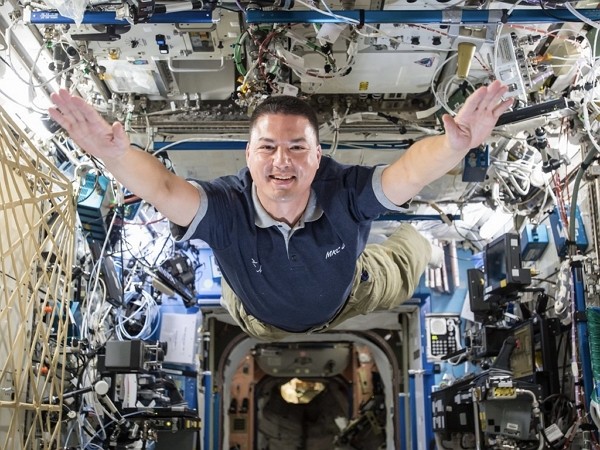 TAIPEI (Taiwan News) — Kjell Lindgren (林琪兒), a Taiwan-born American astronaut, has been chosen by NASA to command the “Crew Dragon” spacecraft that will fly to the International Space Station next year.

In a press release last week, the space agency announced that Lindgren, who is 48 years old, and Bob Hines will serve as commander and pilot, respectively, for its fourth SpaceX Crew mission. It said the duo would be the primary crew, while NASA’s international partners will select additional members in the coming months.

According to NASA, the 2022 mission is part of its Commercial Crew Program to speed up the development of privately operated space vehicles to carry crews into low-Earth orbit. A Falcon 9 rocket will take the spacecraft from the Kennedy Space Center in Florida and the team is expected to join an expedition crew already aboard the space station for some time.

This will be Lindgren’s second trip into space, following a 141-day mission in 2015. He was born in Taipei to a Swedish-American father and a Taiwanese mother, and he spent two and a half years in Taiwan before moving to the UK and ultimately to the U.S.

Lindgren received his bachelor’s degree in biology from the U.S. Air Force Academy, a master’s degree in cardiovascular physiology from Colorado State University, and a medical degree from the University of Colorado. He was selected as an astronaut in 2009 and was chosen to be part of NASA’s Artemis Team in 2020.


Let’s go fly! Excited to team up with @Astro_FarmerBob to fly the SpaceX Crew-4 mission to the @Space_Station in 2022. I look forward to sharing the journey with you all!https://t.co/egyOTkmToJ


This Article firstly Publish on www.taiwannews.com.tw

Space waste: The next frontier

How to see the International Space Station all this week

Two rocket launches and an air show? Space Coast lives up to its name

International Space Station to soon become the next tourist destination?